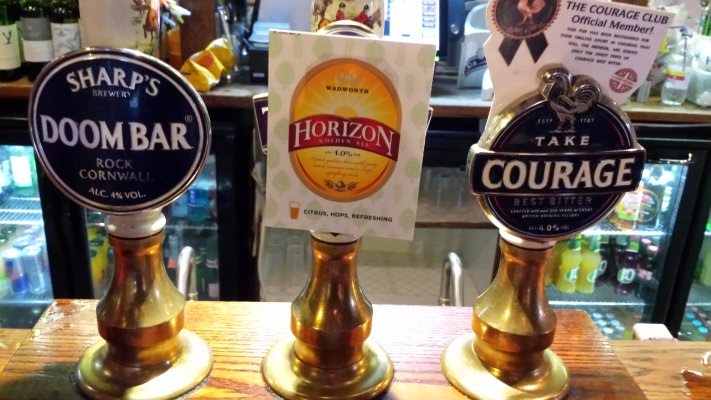 Last night I felt *really* tired and had an early night; I was asleep shortly after 9pm. Consequently I was awake and watching "Revolution" at 4am. The chap who was the baddie in "The Tomorrow People" has now appeared in the show; he's a baddie again.
I went back to my pit and dozed fitfully until 8am when I then took "Furry Face TM" round the block for a walk. As we walked we upset a cyclist, he glared at me because my dog was in his way on the footpath. Cyclists boil my piss. There are cycle paths all round Ashford which have been built for them at considerable expense. Do they use them? Of course not. They would rather cycle down pavements expecting pedestrians to get into the roads to get out of their way, or cycle down the middle of the road (at 10mph) thinking that they are a car.

We came home, and after a little fiddling about I took "Furry Face TM" to the vets for his annual M.O.T, We were a little late getting in as they'd had two emergencies, but bearing in mind that "Furry Face TM" himself has had such an emergency I didn't complain. Once in with the vet he had his heart and lungs checked, his dew claws clipped, his bum done (oo-er!! - it's a dog thing) and his booster shot given. There's no denying he wasn't keen on the vets, but you can't really blame him.

And having had fingers up (some of our) bums we set off to Sevenoaks for the monthly cacher's meet-up... What can I say? For those who don't relish hunting tupperware in the forest it must sound really lame. But for myself I had a wonderful time. There were stalls selling geo-things. I got to meet up with dozens of like-minded people. I had far too much to drink. And having had far too much to drink, a dozen (or so) of us set off to a nearby wood where we sought (and found) a dozen geocaches over a short stroll of a couple of miles.
The smaller ones among us enjoyed taking "Furry Face TM" 's lead. Me and "er indoors TM" were glad for the smaller ones taking "Furry Face TM" 's lead (so everyone was happy). I must admit I missed not having my saxophone lesson today; but the monthly geo-meet-up has become something of a highlight in my calendar.

After such a good day spending the evening ironing shirts came as something of an anticlimax...