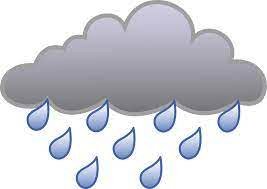 I slept like a log last night for which I was grateful. I have a vague memory of Treacle whinging then jumping on my head, but it might have been a dream.

Over brekkie I watched more “Drifters” then sparked up the lap-top wondering if I’d missed much. Yesterday a new Facebook group started up and I joined it. This morning “Kent Fuel Info” had ten thousand members. The idea is that one of them posts the location of where petrol and diesel are available, and nine thousand nine hundred and ninety-eight then go stampeding (lemming-like) in the desperate hope that each will beat the other in the rush to get fuel. Me – I’m just waiting for the arguments to start.

I saw a couple of Facebook friends were having a birthday today. I posted birthday wishes to the one who has actually spoken (or communicated with me in any way) during the last ten years, then got ready for work.

I was a few minutes late getting out of the house this morning. As I walked out, in a moment of absent-mindedness I looked down at the dog basket (which Treacle and Pogo have now taken over) to say goodbye to Fudge. And then had a complete melt-down. I really should be getting over that little dog by now.

As I drove to work the weekly farming show was on the radio. Apparently pigs, cattle and chickens are mounting up in the farms as the abattoirs don't have the staff to cope. Some chap was saying that there will be a major shortage of the pigs in blankets that we all buy for Christmas dinners this year. Apparently they are prepared and frozen in July (can you believe it!) but so far this year none have been prepared at all due to staff shortages in the abattoir. And once again the same old spokesmen were wheeled out and said it is all the fault of Brexit chasing the immigrant workers home. And once again the same old government officials were wheeled out who said that as a nation we shouldn't be reliant on cheap immigrant labour. I read something on Facebook last night about how the average Brit wants a first world lifestyle for a third world price... Ain't that the truth.

There was then talk on the radio about the fuel crisis. The BBC's website has a photo of a queue for petrol taken only a couple of miles from home - this photo is the queue that my daughter in law was in (for five hours) the other day.

I'd had to take a minor detour this morning to avoid other queues of traffic (in Brookfield Road). Presumably the petrol station there had fuel; perhaps I should have told the Facebook “Kent Fuel Info” about it and fuelled the queue?

Work was work; a rather good day (especially when compared with yesterday) and there was jam roly-poly with custard at lunch time too. I wasn't keen on working yet another weekend, but watching the torrential rain and howling winds outside I was pretty sure that I hadn't been missing much today.

Mind you the weather was really bad. My car got pushed about by the wind several times as I drove home down the motorway about twenty miles an hour slower than I’d usually go.

Once home I sparked up the lap-top and sat with it on my lap as I dozed in front of the telly. Usually after an early shift I’d take the dogs out, but the rain had put paid to that.

“er indoors TM” made dinner and we scoffed it whilst watching an episode of “Dogs Behaving (very) Badly”. Watching that show makes me realise that our two dogs aren’t *that* bad really.

I hope this rain stops for tomorrow…
Posted by Manky Badger at 9:24 pm