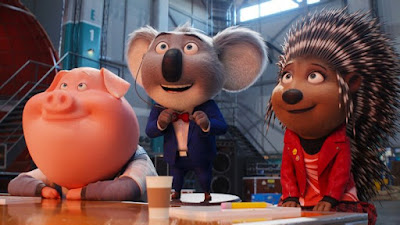 As nights go, last night wasn’t that bad really. I slept for most of it, which was something of a result.

I made toast and watched an episode of “Drifters” then had my usual root around the Internet. I saw an ex-colleague’s partner had a baby yesterday for which he was thanking God on Facebook. I had several conversations with this chap in the past. Everything which is good in his life is more evidence for his unshakable belief in a loving God. Everything which isn’t good is just random chance and nothing to do with his God. How does that work? I asked him that many times – he told me that I didn’t understand.

I saw a posting from Ant Middleton (him out of SAS: Who Dares Wins) who was pointing out that despite having been sacked by the bleeding heart brigade, his photo is still being used in adverts for the show from which he was sacked.

I set off for work (Pembury today) on a rather damp and dismal morning. I had half a plan to get some petrol from the Gulf petrol station near Biddenden. They are always putting up signs saying that they are an independent family-run business needing the business, and I thought that in the current climate they might be struggling.

How wrong I was.

There were one or two other cars outside the garage so I joined the queue and waited. And waited. After a few minutes a surly looking bloke came out and pootled about. I asked him if they were opening soon. He snarled that he would be opening in half an hour, and it would be longer if I didn’t stop bothering him. I told him I wouldn’t bother him, and I would ask all my friends and family not to bother him either. He looked rather taken aback at this, and I drove five miles into Cranbrook where I queued for less than ten minutes and (after queueing for less than ten minutes) got half a tank of petrol at a fraction of the price he was advertising from smiling and helpful staff.

If any of my loyal readers are ever in the Biddenden area I would suggest driving straight past that Gulf garage.

I also stopped off in Sissinghurst to get some decent beer for our (now postponed because of forecast rain) Sunday walk, and I went to Tesco too where I saved some chap over a pound. As I was getting a jar of the twenty-nine pence jam so this fellow was picking up a jar of the seriously expensive stuff. “Rich man?” I asked with a smile. In a rather embarrassed tone he suggested they probably tasted the same, and put the expensive stuff back and bought a jar of the cheap stuff.

I hope he likes it.

As I drove the pundits on the radio were talking about how Facebook has shelved its idea to have an “Instagram for Kids” and various experts were pontificating about social media isn’t good for children. Talking with friends and colleagues who’ve got youngsters it would seem that the main purpose of social media in the younger age group is to continue and exaggerate any petty squabbles that would usually have died a death at the end of the school day and have been forgotten about by the next morning.

There was also talk of the European space probe BepiColumbo which flew past Mercury today. Amazingly the thing wasn’t treated with sarcasm and disdain (like most space-related articles on the morning radio are).

I got to work where I had a rather awful day. I had to do work and everything! I was glad when home time came. As I came home I gave the Gulf garage in Biddenden the V-sign as I drove past.

Once home “er indoors TM” boiled up a rather good bit of fish and chips which we scoffed whilst watching last night’s episode of “Taskmaster” and before falling asleep in front of the telly. I woke from time to time to find “er indoors TM” was watching a film. “Sing” seemed quite entertaining… what I saw of it.