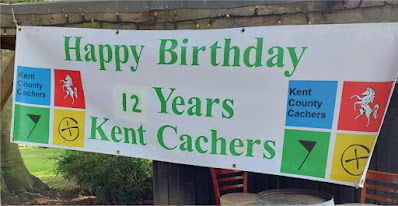 I slept reasonably well, even if I I’d had to hoik Treacle out of the bed in the small hours. I don’t mind having the dogs on the bed, but not *in* the bed.

I rolled my eyes as I read Facebook this morning. A particularly troublesome nephew was having a very public row with his half-sisters as to who was most entitled to use the family name and therefore control their dead father’s Facebook account. I stayed well clear of that one.

There were several rows kicking off on the “Kent Fuel Info” Facebook page. There were reports of people paying massively inflated prices and queuing for hours for petrol in Aylesford yesterday… which was where and when I got petrol at seven pence per litre cheaper than it was going for in Ashford and where and when I drove straight up to the pump with no waiting at all. I’m sure there is a lot of mischief-making going on with that Facebook page.

And there were some frankly amazing comments on the myriad of Facebook pages showing discontent about the (frankly piss-poor) pay rise that NHS staff got this year. Loads of people were commenting that they were seeing a three per cent pay rise as an insult and were going to get a job elsewhere. Were they really? Good luck to them. Most of the people who post to those Facebook pages are nurses and so presumably can get equally well paid jobs as carers? I’ve looked into it and leaving aside the sad fact that no one will ever take me on at my age, a professional blood tester has very few transferable skills that will get a job at much more than minimum wage. Not that I’m sulking.

We got ourselves organised and drove out to Badlesmere. As we drove we listened to Steve on the radio until the signal gave out at Challock… almost at the point where a little old lady come out of her shed carrying a job lot of toilet roll (what was that all about?)

A couple of weeks ago Karl, Tracey and Charlotte archived a series of geocaches in the area and the plan for the morning was to go fetch the pots in. And that was what we did. We had a rather good walk as the mist cleared. I certainly enjoyed being out and about in the countryside. The dogs did, and again Treacle showed that she can be a worry when she wants to be. For all that Pogo can be the shouty one, Treacle is the one that will disappear when there are pheasants to be chased.

After a couple of hours we were back where we’d left the cars… near the pub in Badlesmere. I went through the ale selection, then we had a particularly good lunch. The lion burger was especially good, and in retrospect I was rather glad for the misunderstanding over dessert. Having asked for crème brule I got rhubarb crumble and custard and it was rather good.

Having scoffed ourselves silly we went outside and joined the monthly geo-meet. It was good to catch up with old friends and to meet new friends. I must admit I went along wondering if the whole social side of geocaching was on the way out, and I came out rather re-enthused about the whole thing.

I took a few photos whilst we were out.

I slept the whole way home, and for a few hours once we’d got home…  As did the dogs. I’ve missed these monthly meets.