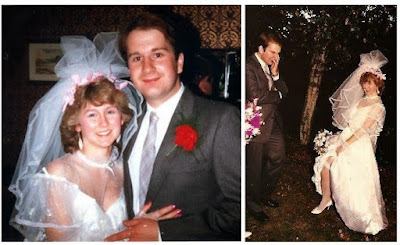 Despite two trips to the loo during the night we all slept well last night; the dogs especially. They really do enjoy their big walks so much. It was a shame that “er indoors TM” had a splitting headache this morning. I blame the bottle of wine she drank almost single-handedly yesterday evening. Having opened a bottle of rather expensive stuff I took a couple of mouthfuls and realised that I far preferred Sainsbury’s own stuff which sells at a quarter of the price. She had mine. The rep who sold us the stuff said that because it was “first pressing” it didn’t give you a hangover. He lied.

Over toast I peered into the Internet. The “Kent Fuel Info” Facebook page was a microcosm of the world we now live in. Some people were posting about where petrol is available (which is what the page is all about), others were lambasting them for doing so. And pretty much everyone was bitterly arguing with everyone else with everyone safe in the knowledge that they would never have to actually face any of these people in real life.

I posted up a photo from our wedding to Facebook – today was our thirty-fifth wedding anniversary. Perhaps we should have gone away for a long weekend to celebrate? We have in the past, but what with one thing and another we never got round to arranging anything. And it can be tricky with dogs. It was probably as well we didn’t arrange anything. If we had it would have been dog-friendly and so a lot of dog-walking, and the weather has rather been against that lately.

I was rather glad to see that the rain had stopped just as I finished brekkie. I got dressed and walked up into town, Munzee-ing as I went. I got to the opticians and rang the bell. The receptionist came to the door and (in all honesty) treated me like a plague victim. Had I tested positive for COVID? Had I been in contact with anyone who had? Did I have any symptoms?... Grudgingly I was allowed in to the place, immediately told to disinfect myself and ordered to sit next to a sign which (rather rudely) told me not to go any further until called and supervised.

Eventually I was called forward and a very helpful chap did his best to counteract the distinct impression that I wasn’t wanted there. To be fair the chap fitting the glasses was friendly and welcoming, but someone really needs to tell the receptionist that people who’ve spent over five hundred quid with them shouldn’t be treated like the shit on her shoe.

Maybe next time I won’t go to what turned out to be the most expensive optician for miles around.

I came home via the corner shop, and then took the dogs up to the park for a walk. Seeing the rain had given way to glorious sunshine I left my coat at home and didn’t get *that* wet when the rain started when we were at the furthest part of the walk from home.

But the dogs were as good as gold. We saw other dogs in the park and we walked past them with no “episodes” whatsoever. We had a couple of goes at whistle training partly just to reinforce it and partly to impress other dog walkers whose dogs’ recall wasn’t as good as Pogo or Treacle’s (not that I was showing off).

I was mostly dry when we got home. I made us both a cuppa and we scoffed the pastries I’d got from the corner shop. I did a little CPD which didn’t go as well as it might have done, then I phoned the local hospital to re-schedule the ENT appointment I have in three weeks’ time. Having been on hold for half an hour I got through to a trainee who said she couldn’t help me but gave me the phone number of someone who could. That phone number went to a recorded message which directed me to yet another number. This one went to voicemail so I left a message.

Unfortunately over the years it has been my experience that the only way I ever get anywhere with the ENT people is by making a formal complaint… I shall give them a day or so before doing that.

I then went to bed for the afternoon, and amazingly the dogs didn’t bark once. I woke after three hours, fiddled about on my latest on-line project (more about that later) and then was rather horrified to find that Facebook was broken. I couldn’t get to it either through my lap-top or from my phone.

I suppose I shouldn’t be doing the night shift on my wedding anniversary… but like a weekend away I rather left it all a tad to late to do anything about swapping shifts.
Posted by Manky Badger at 6:06 pm