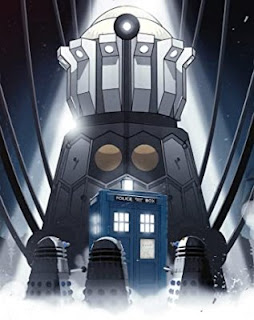 Last night’s night shift ( the one I volunteered to do) was rather busier than I might have liked. But it could have been a whole lot worse.

As I drove home the pundits on the radio were interviewing Prince Charles about his passion for environmental concerns. In the past the chap has often appeared as something of a tree-hugging leftie when it came to environmental matters, but now it would seem the rest of the world has caught up with him and now shares his views and worries. And then… Am I being uncharitable in thinking Price Charles wants to be a laughing stock? He announced he’s had his fifty-year-old Aston Martin converted to run on white wine. I thought this was some weird joke, but he really has had a vintage car converted to run on wine.

I drove my car through a very crowded town to the garage and left it there. The plan was that they would find out why it wouldn’t start last week. “er indoors TM” picked me up and fetched me home, and after a quick bit of toast I took Pogo to the vet for an MOT.

As I was making an appointment for his next load of injections so a rather “council-looking” thug came up to the counter. Apparently the vets had vaccinated a litter of puppies his dog had recently had, but he had lost all the vaccination paperwork. Could the receptionists give him replacement paperwork? They asked for the chap’s name so that they could look up the details; he flatly refused to give a name. After having been told (several times) that without a name they had no idea which of their records to examine the chap finally announced that it was all in his wife’s name. But he didn’t know what name she might have used. Eventually the chap went away; convinced that the reception staff were just being awkward. I can’t help but wonder what was going on here – who gives a fake name to a vet?

I went to bed, but after a couple of hours the nice man from the garage phoned me. He had a couple of ideas about what might be wrong with my car. Had I had the timing belt replaced recently? No – it was replaced on  5 October 2018. Did the car make a lot of noise when started? No.

That rather stumped the nice man at the garage. He said he’d have another look.

I did a little bit of ironing then slobbed in front of the telly watching episodes of “Four In A Bed” in which (yet again) the most critical person was the one whose B&B came last. And then the nice man from the garage phoned again. He had several more ideas of what the problem with the car *might* be, but they were guesses at best, and he was reluctant to run up a bill of hundreds of pounds without finding out what the problem actually was. He suggested I carried on driving the car until the problem happened again.

I walked the dogs over to collect the car. The dogs were as good as gold despite some particularly stupid children. We met one child who didn’t like dogs; he screamed and stamped and pointed at the dogs, who fortunately ignored him. Another brat ran up to Pogo, waved a fist in his face and announced “I don’t like dogs”. As a passing cyclist remarked, the brat will like them even less when he gets himself bitten.

We walked past a group of three children; as we came close one just moved to the other side of his mates, and as they walked past I heard one ask him “don’t you like dogs?” to which he replied “they frighten me”. What a sensible attitude this chap had – he’s scared of dogs so he just moved away.

We collected the car and had a little chat with the chap in the garage. As he said, my car had done a hundred and fifty thousand miles; it is getting old. But all the time it is going, every day is a bonus.

With “er indoors TM” ‘s Monday bowling league starting again I took the opportunity for some serious telly time. A couple of weeks ago I bought the DVD of “Doctor Who: The Evil of the Daleks” and this evening I sat and watched the lot. I’d been looking forward to seeing this for years…

That’s three hours of my life wasted…
Posted by Manky Badger at 10:26 pm