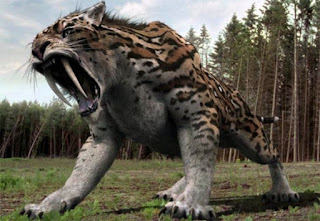 The clocks went back last night which meant an extra hour in bed. Most people actually read that as an extra hour asleep; but for me it was "an extra hour in bed" -  laying breathless and wide awake. Nights boil my piss; I can't breathe, I can't sleep. And during the day I nod off because I'm constantly tired and everyone takes photos and posts them all over the Internet as though it is a great joke. Would people do the same of someone having a fit? This second nasal surgical re-bore can't come quick enough.

Over brekkie I watched an episode of "Secret Diary of a Call Girl" that my SkyPlus box had decided to record for me. As I watched it I found myself comparing it to "Game of Thrones". One show which many see as based on the children's game of Dungeons and Dragons is incredibly sexually graphic. the other, (based on the autobiography of a prostitute) is not.
Funny old world.
I then spent a little while working on my current academic project. Have I mentioned I'm doing a course in dog psychology? This morning I read a chapter of the text book recommended for the course. It explained how over a relatively short period of time cave-men type people wiped out pretty much all of the large predatory animals in Europe. Sabre-toothed tigers, humungous hyenas and even a second species of humanity all became extinct. However a few predatory animals survived this onslaught. Wolves were one such creature. Interestingly wolves were one of the biggest problems for our ancestors; and today's lesson was addressing the question of how did our greatest enemy become our best friend.
The text book I was reading was entitled "The Genius of Dogs"; I had a wry smile. Whilst I was getting ready for work my dog was snoring on my bed. He is clearly the genius of us two.
"er indoors TM" has also enrolled on the same course. She's learned a new word: "Anthropomorphism."  As I often say, a day when you learn nothing is a day wasted...

I set off to work on a very foggy morning. As I drove the pundits on the radio were talking about helping people recover from drug addiction. Because it was Sunday they were approaching the matter from a religious perspective. Those being interviewed (social workers and ex-addicts) all felt it helped to approach rehabilitation from a spiritual aspect, even if the "spiritual aspect" was completely nonsense. Some addicts really did feel they were recovering because of "The Force from Star Wars". Others felt tremendous benefits from prayer even though they said they didn't believe in any gods. One chap said that he felt he was "probably only praying to himself".
It seems odd that people can have such faith in something that doesn't exist, and that such nonsensical faith demonstrably helps them. It is probably akin to how I can use divining rods even though they are clearly rubbish and can't possibly work (even though they do).

As I drove past the Park and Ride I saw a boot fair was in full flow. Well, actually I saw the fishing rods on one of the stalls which were sticking up into the air. So I stopped off for a few minutes. I've not been to a boot fair for years. There were a few people unashamedly selling "proper boot fair stuff" - the sort of rubbish which would have been better off in a dustbin, but I was amazed at how many professional stalls were there. There was one chap flogging mobility scooters; with a dozen on display. Mobility scooters - at a boot fair!
Mind you I wasn't impressed with the fishing tackle stall. Perhaps I'm naïve, but I expect to pay less at a boot fair than I would at a fishing tackle shop. Not more.

I went on to work where the chap who'd been on was glad to see me I'd arrived a few minutes early; the clocks going back meant he's worked an extra hour. I've done that in the past. That extra hour drags.

I did my bit at work; over a break I saw this news article: "How to turn your blog into a brand - Learn how to turn your passion for blogging into a career ."  It looked interesting. There was an address given where I would be told how to turn this drivel into a brand. And it would only cost me ninety nine quid.
Two can play at that game... I can turn your social media profile into a money-spinning nice little earner. All you have to do is give me fifty quid. (There - I've undercut the opposition...)