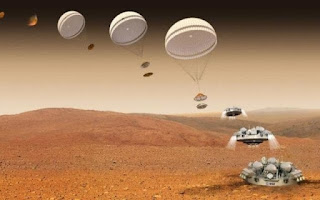 I slept right through till 6am this morning. That was a result. Over brekkie I watched last week's "South Park" Let's just say #weinersout and leave it at that.

Over the last two days I've been trying to solve a particularly difficult puzzle to help me locate a geocache. I set off to work via the location at which I'd calculated that geocache to be. Needless to say I couldn't find it. I did find the old (now archived) one that I knew was once at that location. I emailed the chap who hid the new one to ask for a hint, and set off to work.

I did chuckle as I drove.  There is a new computer game in which you pretend to be the manager of a football club. To make the game more realistic it has been tweaked to allow for the effects of various possible Brexits on the hiring of international footballers. There were various gamers being interviewed on the radio who were ranting that politics should be kept out of their games. It was rather embarrassing that they clearly had no idea that Brexit really will affect the price of hiring a foreign footballer; it might even prohibit it. It was rather more embarrassing that they showed their ignorance on national radio.

There was lots of talk about the Schiaparelli spacecraft which was due to land on Mars this afternoon. Interestingly the pundits didn't mention the two Chinese astronauts who docked with the Chinese space station yesterday.

I got to work and did my thing until home time. It was nearly dark when I got home so "Furry Face TM" had a rather abridged walk. He then scoffed his tea whilst I had a shower, then over a cuppa I checked my emails. I had one in reply to the one I sent - I had stuffed up my sums slightly on that geocache.
I also saw this link from the official Star Trek website referring to Star Trek as a “franchise”. Isn’t that entirely where Star Trek went wrong?

I fiddled about with my geo-website for a while until "er indoors TM" came home. Like most website work it takes an absolute age to achieve very little.
Bake-off is on in a minute. I hope her with the lippy wins..