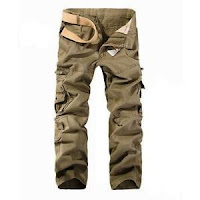 Not a bad night’s sleep really; even if it was plagued by some rather vivid dreams. I woke up to disappointment; there is a geo-puzzle I can’t solve. Key to the puzzle is the riddle “What do you call an elderly man that isn't drunk?” The answer is one of two words. The first word is “old”, the second word is sis letters long, the second and third letters are “O” and “B”, first and last letters are the same and there is at least one “S” and “R” in there. I’d posted the riddle on my Facebook page late last night hoping someone might throw me a clue; instead I got all sorts of odd comments.

As I’d got it up on my lap-top I carried on having a look at Facebook over brekkie. It suggested I might like “The Beano”; a comic I used to get many years ago. So I followed the link only to find it was selling “Dennis the Menace” T-shirts which were starting at twenty one quid. Starting at !!
They can go whistle.
I then had a minor fight with my lap-top. The thing seems to think there is no firewall active even though there is. I blame the weekly software updates. Something different goes screwy after every one.

I popped the lead onto "Furry Face TM" and we walked round the park. As we went the nice men from the council were replacing the wood chippings surrounding the play areas. There are those who run the park down; I’ve always found it to be a rather good place.
We had a minor incident on the way home; there were some of the scum element swigging cider (at 9.30am) outside the KFC. They had two bull-terrier type dogs. One wasn’t on a lead and it tried to attack Fudge. Fudge snarled and held its own whilst one of the scum women started shrieking. She managed to drag her dog away, full of apologies that it would never happened again, but at the same time adamant that the dog didn’t need to be on a lead.
I got home and phoned the police. They didn’t want to know. So I got out the hoover had gave the living room what-for.

As I hoovered I suddenly realised the answer to the riddle “What do you call an elderly man that isn't drunk?” I had to admit it was a rather crap answer (I won’t say what it is here – that would be a spoiler) but I tried the answer and got the thumbs-up from the checker.

I went to work via Matalan with a view to getting myself a new pair of trousers for when I'm out and about; the last few pairs having been a tad on the flimsy side. I took a pair of the largest size they had to the fitting rooms. Whilst I did squeeze into them, it was a bit of a struggle; they certainly did not cater for the more rotund gentleman. I decided against getting them. They did have a sign saying larger sizes were available through their website but they've had their chance and blown it. I shall cut out the middleman and have a look on eBay later.

As I carried on to work "Women's Hour" was on the radio. I've mentioned before that I find the aggressive stance of some of their interviewees to be rather off-putting. Today they were ranting that the average woman earns less than the average man because more women choose to work part time. This was definitely seen to be a crime by all men everywhere, so at that point I turned the radio off.

I got to work and (as is so often the way when on a late shift) my day was effectively over by 11.30am.
Posted by Manky Badger at 9:33 pm