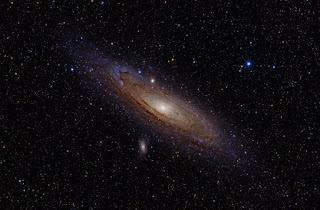 On Tuesday I ordered some new trousers from eBay. On Wednesday I got a message to say they’d been posted. This morning I got an email saying they didn’t have any in the colour I’d ordered and would I accept navy blue instead. I wonder what (if anything) they posted on Wednesday.

Me and my dog then walked round to meet "Daddy’s Little Angel TM" and "Stormageddon - Bringer of Destruction TM" . We went into town to the e-fags shop, then walked a rather circuitous route out to Singleton Lake and back.
"Daddy’s Little Angel TM" is still harping on about wanting a puppy. She’s set her heart on some cocker spaniel – pug cross, and much of the walk was devoted to choosing names for the dog. I’d actually narrowed the name to a shortlist of three (Doreen, Princess or Spasmo) but I’m reliably informed that none of the names are suitable because the dog is a boy. The obvious suggestion (“Dave”) was immediately rejected. She wants a name that doesn’t start with the letter B; has two syllables and ends in -o. As I said, “Spasmo” fits the bill but she wasn’t having any of it.
She also told me (ranted) about a job interview to which she had been invited. And this was a sad tale of our times. The job was working for a major supermarket; her job would have been to prepare consignments for people who’d done their shopping over the Internet. But she’d done her homework. Earning a wage meant she would lose a lot of benefits. Taking on this job would have put her out of pocket. In fact any job which pays less than twenty six thousand pounds per year would leave her with less money than she currently has.

As we walked I videoed "Stormageddon - Bringer of Destruction TM" and the dogs. Once home I made a little film-show. It is amazing what you can do with an app which come free on your phone and another which comes free with the PC.
While the video uploaded to YouTube I had lunch whilst watching the first of this week’s two episodes of “Game of Thrones”. This episode (unusually) featured more willies than boobies. For all that I like the show it can be a little too explicit. If a character has to have a piss isn’t it enough for them to turn their back to the camera? Do we *really* have to see the stream of urine coming out of their (on-screen) cock?

I then did some astro-secretary-ing. Minutes of committee meetings don’t write themselves. It is amazing how long it takes to type up notes onto a couple of pages of A4. And then I did a little more of my on-line course about dog psychology. I’ve got a few experiments to perform on "Furry Face TM" when he wakes up. I don’t think the course allows for dogs that are fast asleep.

I had planned to tidy out the shed and do a tip run. I had planned to go upgrade my phone. But time ran out. I got my bits together and walked to where I’d parked the car last night. It took a little while.
I went to the vet’s to collect "Furry Face TM" flea treatment and worming tablet, They got rather sniffy that my dog had never had any vaccinations whatsoever. I got rather sniffy that he had; and that he’s been with that vet’s for at least five years and they had clearly lost his records. After a lot of to-ing and fro-ing it turned out that when they *finally* changed the information on his medical records earlier in the year they didn’t actually change anything. They just archived all that had gone before and started again from scratch.
He’s got an appointment for boosters next week.

I then drove to McDonalds to meet Jimbo, Stevey and "er indoors TM". We had a rather good scoff. Then it was on to astro club. Stevey gave an excellent talk on galaxies. Drew gave a rather spectacular Space Engine demonstration. And I got two offers of talks. The program looks good until next summer.
Rather a good evening…