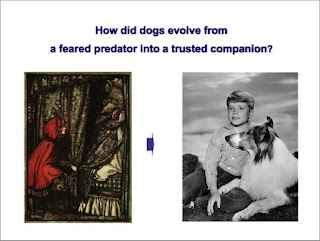 I woke at 2.40am in desperate need of the loo, and didn’t really get back to sleep again after that. I dozed fitfully off and on, but never for more than fifteen minutes at one stretch. I felt like death warmed up when I finally gave up and got up.

Over brekkie I checked out Facebook as I do. "er indoors TM"’s cousin’s partner had posted something which annoyed me a little. He’d put up some notice to Facebook’s management saying “blah blah.. I do not give Facebook or any entities associated with Facebook permission to use my pictures, information, messages or posts, both past and future. With this statement, I give notice to Facebook it is strictly forbidden to disclose, copy, distribute, or take any other action against me based on this profile and/or its contents. The content of this profile is private and confidential information. The violation of privacy can be punished by law .. blah blah”.
It turns out that Facebook’s management have no intention whatsoever of doing anything with people’s photos or messages, but what winds my up is the ingratitude. I think Facebook is bloody marvellous. It gives me a wonderful way of keeping in touch with family and friends. It gives me all sorts of resources for so many hobbies. It gives me unlimited photo storage. It shows me when I’m missing out. And all for free.
If they want to use some of my photos then that is a very small price to pay for the wonderful service they give me (for free) every day. And as for secret messages, is there really *anything* up there that shouldn’t be there? Who would be daft enough to publish anything like that?

Bearing in mind I get bored easily I’ve signed up for another course with Coursera. I’m going to learn all about Dog Emotion and Cognition. They also suggested I sign up to dognition dot com. I may well find out something about what goes on in "Furry Face TM"’s head.
With that in mind I found myself watching my dog rather closely as we went for our walk. I’ve often noticed he relies on his sense of smell far more than any other sense. His hearing is quite acute, albeit somewhat selective. His vision is… odd. He sees other dogs fifty yards away but didn’t notice the squirrel than ran not six feet in front of him.
Once home I did the first couple of lectures in the course. The question was posed: how did dogs (our best friends) evolve from wolves bearing in mind that for the last fifty thousand years mankind had hated wolves. There wasn’t really any answer.

I stopped off in Challock on my way to work; there is a multi-geocache there where you find the first bit (easy enough) and it gives you six locations nearby to visit (all within a few miles). The idea is you drive to each place, answer a question based on what you find there, and from the answers you can work out the location of the final geocache.
Using the amazing cartographic power of NeonGeo (!) I could see that these six locations were rather spread out. I shall have a look at each of these locations on Google Street View in a minute and see if I can't blag the answer. I'm a great believer in blagging answers (given half a chance).

I went to Morrisons for this and that, and then had a look in Go Outdoors. I must admit to a slight disillusionment with that shop. A few months ago they had good stuff at good prices. Whilst there are still bargains to be had, mostly their stuff is either cheapo-bargain or ridiculously expensive. Take their woolly hats - what I bought last winter for seven quid was today up for sale at twenty-six quid. Or their trousers - either so cheap and flimsy a good fart rips them, or over fifty quid a go for a branded version of what Matalan does for fifteen quid.
And their fishing tackle is a bit pants too...

I rolled in to work; having done a lot of night shifts recently where I am a lone worker, it seemed odd working with loads of people about the place. But company is always good. I told the boss I'd applied for a job at Maidstone hospital; as I said to her the recruitment bonus they offer of (effectively) two months' wages just for taking the job isn't to be sniffed at.
And so (whilst it is still convenient) at lunch time I popped to the respiratory department to get a new headpiece for my CPAP machine. The old one has realistically had its day.
Bit like me really…