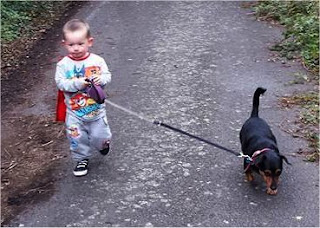 My insomnia is so odd. The night before last I was awake after just over three hours sleep; last night I slept for nine hours. All the time my nose is unblocked and I can breathe all is fine.
Over a rather late brekkie I had a look-see on-line. I spent a few minutes advertising the upcoming astro club meeting on various local Facebook pages. I have no idea if the club actually gets anyone along from these postings. Mind you I have no idea how to go about successfully advertising the club at all. Despite our best efforts I *still* get a couple of emails every month from people who heard about the club by word of mouth and seemed amazed to find there has been an astronomy club which has been a very active for the last ten years and is not five miles from their house.
I then wasted a little while looking to see what everyone else was up to. A good friend of mine was describing his car as being “fun to drive in an American style howdi doodly kind of a way”. I was rather intrigued as to how one might drive a car in an American style howdi doodly kind of a way. I Googled it but to no avail. I did consider asking, but decided against doing so; I didn’t want to show my ignorance.

We drove round to collect "Daddy’s Little Angel TM" and "Stormageddon - Bringer of Destruction TM". The most recent fruit of my loin was in a rather excitable mood. She’s set her heart on getting a puppy; some odd cross between a pug and a spaniel. Apparently in her world money (that she doesn’t have) is no obstacle. In her world idiot enthusiasm always trumps common sense. I have no idea where she gets that attitude from but I am told (by so many people) that she is her father’s daughter…

We then drove down to Hastings to see my mummy. She’s (understandably) a tad nervous about her upcoming heart surgery. But we had a good time; she’s got a new mobile phone that seems to be confusing her somewhat. She’d also prepared a rather good buffet lunch; mind you I was surprised that "Stormageddon - Bringer of Destruction TM" wasn’t sick after the seventh (or was it eighth) Cadbury’s mini chocolate roll.

I must admit I slept quite a bit of the way home, and pausing only briefly for geo-reasons we dropped "Daddy’s Little Angel TM" in Kennington to go look at this potential new dog. "er indoors TM" went to see a candle-mongering associate and I walked home with my dog. What with all the sitting and driving about he (and I) really needed a walk.

Once home "er indoors TM" boiled up a rather good jacket spud for tea, then she shoved off bowling leaving me to my own devices. I looked at doing a little more of my on-line course about dog psychology but I’ve done all this week’s assignments and next week’s are still locked. So I had a look at my novel.
Yes… I’ve written a novel.
I started writing it when my life took a rather unexpected turn five years ago; at the time I felt rather inspired, but I never quite finished it off. However following the success of having a couple of short stories published earlier in the year (yes… I’m a published author) I thought I might revisit it. I’ve not touched it in three years. It needs a little dusting off and polishing. Some bits need a complete re-write. But I might make something of it. It currently stands at thirty eight thousand words. Is that enough? How long does a book have to be?

As I edited my lap-top went dinlo. Have you ever seen a lap-top going dinlo? It is not a pretty sight. It was convinced that I had no antivirus or firewall software running. McAfee thought differently. So I rebooted the thing and did a scan. It now seems a lot happier than it was. Rather like me really…

Poldark’s on in a moment. Have you seen it? Demelza’s bosom doesn’t half heave…