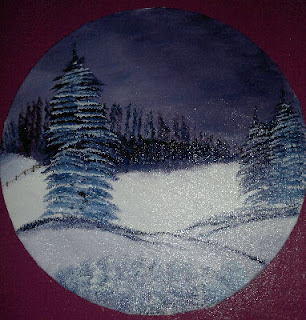 I’d booked today as a day off work because originally the plan was that today would be spent going to Brighton Kite Festival. I wasn’t sure about moving the festival’s date, but I’m glad that they did – it was raining this morning.
No brekkie this morning – instead I went back to Lloyds Pharmacy to have a fasting glucose level done. I again got closeted with the fit bird (woof!), and it turned out that my fasting glucose level was 5.9. For those who know about these things (me!), fasting glucose is a far better measurement of your glucose level that a random (non-fasting) one. Yesterday’s high reading of 6.7 was merely reflective of the sweeties I’d been scoffing.
So the good news is that I don’t have diabetes yet. However it will come eventually, and to that end the fit bird tried to sell me a glucose meter. I didn’t buy it.
To town – back to the bank with the paperwork they wanted. It only took twenty minutes for the nice man to read through the forms. And read through them again. And again. He was so obviously trying to find fault with what I’d done, but eventually he conceded defeat and told me all would be sorted out in a couple of weeks.
I then mooched around town. I had a plan to buy the latest South Park DVDs, but CEX didn’t have it, and I wasn’t paying the prices HMV were asking. I got chatting with a little old man in HMV – this chap must have been in his eighties, and he politely suggested I used the Internet to look up Amazon: he assured me they were really cheap. Good for him!
I then filled the car with petrol (that’s not cheap) and came home via Angling Direct – the new name for Ashford Tackle. From what I can see it’s exactly the same shop, but with a new name. Or so I thought at first sight. On closer inspection there is a subtle difference. They’ve moved the merchandise about. In the past all the floats were together, all the baits were together, all the reels were together…. Which made sense: if you wanted to buy floats then they were all in one place. Now the gear is sorted according to manufacturer: all the Acme products are together, all the Satsuma-Castanet products are together. Which is rubbish because when I wanted to compare bite alarms I had to walk all over the shop to find them all.
I suppose this layout is easier for filling the shelves as deliveries arrive, but I don’t like it. Having whinged at the assistant, I bought some odds and sods for Sunday’s extravaganza, and then went home. Seeing I was on holiday, ironing needed to be done.
Once ironed, I got my paints out again. Yesterday’s painting turned out good – I was pleased with it. Today’s wasn’t so good. I had a plan for a wintry scene, but there’s no denying it didn’t turn out anything like I was hoping. The original plan had the sky being much redder: the dark blue sky is very cold. I also started to put in a log cabin but scraped it off – it wasn’t working. And the foreground of that painting was originally a lake, rather than small hills.
But as a painting, it’s OK – it’ll do. Does anyone want it?
And then I read the news. A couple of days ago I whinged about the News of the World newspaper. It’s been closed down. Good. But the fact that it is headline news is what bothers me. In a few weeks’ time I predict the “Sunday Sun” will be launched; and today’s news of the News of the World will be forgotten.
The fact that today saw the last ever flight of the Space Shuttle, which is far more important than any tabloid rag, has gone pretty much unnoticed. ..
Posted by Manky Badger at 9:53 pm