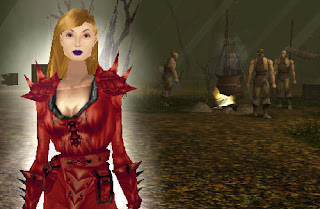 I was up with the lark and shaved by 6am this morning. Which was daft on a Sunday. I thought I’d go back to bed and see if I couldn’t get a few minutes more sleep. All of a sudden it was 10am.
I checked emails and stuff, and then, leaving ‘er indoors TM to do the housework I went fishing. As always I started by popping out a ledger rod. Ledger fishing isn’t my strong point – I think I need to get some pointers on that fishing technique. And then I popped out a rod with a teeny float and a couple of maggots. Tiddler bashing is always fun. Or that is, it’s fun when the tiddlers are biting. In the first hour I only caught five tiddlers, and then once the Folkestonians had arrived the fishing slackened right off. In the next four hours I caught another five.
I have theories as to why I’ve not caught so much the last few times I’ve been going fishing. We did see herons there last year, so they might have cleared the pond out. However we did see a swarm of about a hundred teeny tiddlers today, so fish are breeding.
I think we are going fishing at the wrong time of day. When camping at the farm I get up at cock-croak (!) and fish till 10.30am. I then pootle about until 5pm and then start fishing again. Just lately we’ve been fishing at the time of day when I know that the fishing is traditionally not at its best. The next time I have some spare time we’ll go earlier or later.
I came home and could have mowed the lawn, or cleaned out the fish pond filter. Instead I wasted time by falling asleep in front of the telly. Perhaps a better way to have spent the day would have been to go to the London Film and Comic Con which was on today, and have gone fishing afterwards.
I’m a bit miffed that I missed the comic convention. It might have been a good day out. I would say that I might go next year, but next year it will clash with the kite festival. And if I had gone up to Earls Court, I’d only have spent money that I really shouldn’t have spent.
This evening I did something I’ve not done for three weeks: I went back into NeverWinter. Oh, how I’ve missed that place……
Posted by Manky Badger at 9:48 pm