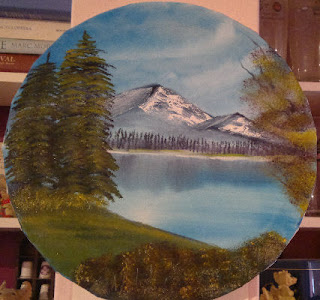 I’d booked today as a day off work because originally the plan was that today would be spent packing for Brighton Kite Festival. But that got moved to earlier in the year. So having booked the holiday I thought I’d take it anyway. I naively thought I’d have some “me time”. God laughs when we make plans….
First of all I waited for ‘er indoors TM at the garage, and once she’d turned up I drove her to work: she’d left her car at the garage to get the brakes seen to.
I then went to the bank to get the astro club paperwork seen to. And when I got there the nice man started fussing about a “mandate”. It turns out that a “mandate” is another silly scrap of paper that the bank wanted, so he gave me a blank one and told me to get it signed by all and sundry and take it back tomorrow. I bet he’ll have another piece of paper for me tomorrow (!).
I then drove round to Lloyds pharmacy. Last night I was looking at their website. They listed seven main symptoms of diabetes. I have six of them, and a family history of late-onset diabetes. They also said they were offering free diabetes testing, and bearing in mind that my own GP surgery is useless I thought I’d take Lloyds pharmacy up on their offer.
I turned up and promptly got closeted with a fit bird who took down my particulars (woof!). It seems I scored quite badly for diabetes risk (I knew that anyway), and seeing that my father and grandmother both had late-onset diabetes meant I had a good chance of getting it too (I knew that anyway).
The fit bird measured my blood glucose level. It was 6.7 meganewtons per cubic parsec. The expected level is somewhat lower than that (so she says!), and so the fit bird reassured me not to worry (I wasn’t especially worried – I’ve known this to be coming for years) and said for me to come back in the morning to do a fasting blood glucose level.
That will give me something to do tomorrow….
I went to B&Q for light bulbs, and saw the most wonderful sight. A rather attractive young lady was bending over the light bulb stall, and 99+% of her bum was hanging out of her trousers. This would have made the best CrackWatch photo ever. I turned my phone to camera mode, got into position, lined up the shot, and right at the vital moment ‘er indoors TM phoned me to say how much her car was going to cost. By the time I’d politely answered “Yeah-whatever!” the photo opportunity had passed. I tried following the lady in question for a few minutes in the vain hope of a repeat performance, but there is only so long that one can stalk a young mother in B&Q.
And so to the college where I collected “Daddies Little Angel TM ” to take all her artwork home for her. And then I was planning to go home myself when my mobile rang. The ‘er indoors TM –mobile was ready for collection – would I drive her from work back to the garage? (of course, my heart!). By the time I got home it was gone 1pm. I treated myself to some KFC for lunch; if diabetes has finally arrived, KFC may well be a thing of the past. So I might as well scoff it whilst I can.
I scoffed lunch whilst watching “Sex Lives of the Potato Men” (a really funny film), and then I finally settled down for what I was hoping to do in the first place. I got my paints out and did a painting.
I’ve been watching Bob Ross in the mornings recently. If you’ve never seen “The Joy of Painting”, then have a look around the Discovery Home and Leisure channel. It is perhaps one of the most relaxing TV shows you’ll ever see. And it is one of my biggest regrets that I took up painting after Bob Ross died: I would love to have met him. Bob maintained that anyone could paint. I was sceptical – I *knew* that I couldn’t. But I went to a class in his style of painting and found that I could paint. And so I got quite “into” painting.
In all honesty I don’t think I’m especially good at it: my “in the distance” pine trees have never been quite right. Clouds elude me, and my mountains are rather hit or miss. But without wishing to sound big-headed, whilst I’m not especially good, I’m not particularly bad at it either.
Last week “Daddies Little Angel TM ” said I should sell my paintings. And Bob mentioned the other day that people usually buy paintings because the colours of the paintings match their rooms; not for any intrinsic art value of the painting. There are paintings for sale in the room where the arky-ologee club meets: quite frankly I can do better than a lot of those. So this afternoon I painted. The first one I’ve done for some years; and I’m quite pleased how it turned out. If any of my loyal readers would like to give me hard cash for it, I would be happy to take their money.
Having said that, if any of my loyal readers would like the painting, I’d be very happy to just hand it over. The trouble with painting for a hobby is that one’s house soon fills up with paintings. Quite a lot of friends and family have my paintings adorning their walls: there’s even one at work. I quite like seeing my paintings in other people’s houses….
Posted by Manky Badger at 9:04 pm