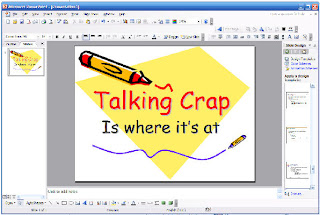 On the way home from work I stopped off at Invicta Tackle. In the past I’ve had issues with that shop. I say “shop” – I don’t think that’s the right word. “Shop” implies somewhere where all and sundry can buy the offered merchandise. Invicta Tackle usually features two or three oddballs crowded around the counter gossiping with the assistant; all of them making it very clear that you are intruding in their personal space.
Today was much the same: I arrived to find only one oddball at the counter gossiping with the assistant. They were very loudly gossiping about “Shouty Pete”; a fellow who apparently is rather vociferous whilst he fishes a local lake. It would seem that “Shouty Pete” lives camped out at this lake; he has little else to do with his time. He is one of only two people to have caught a 40+lb carp from said lake. I was quite intrigued by the life and times of “Shouty Pete” and was keen to find out more, but after waiting for ten minutes to get served, the assistant and the oddball suddenly noticed me, both glared, and the assistant asked what I wanted. His tone was much the same tone that you might use to ask someone much smaller than yourself if they want a fight.
I got my maggots for a possible weekend’s fishing session, and slowly made my way out of the shop. Unfortunately no more gossip about “Shouty Pete” was forthcoming.
The news amazed me today. In Switzerland a political party has decided it wants to ban Microsoft’s PowerPoint. And they aren’t alone in this -   a growing number of people are sick to death of PowerPoint presentations. Suddenly today the world is full of anti-PowerPoint sentiment. Type “PowerPoint” into Google News and you’ll get loads of websites realy lambasting the program.
Personally I think PowerPoint is brilliant. What did we have before it? Blackboards and chalk. And overhead projectors with transparencies were the height of technology.
I can’t see why Microsoft is held to be at fault here. PowerPoint is just a tool to get a job done. If a presentation is dull, or needlessly over-flashy it’s not Microsoft’s fault.
Unless you’re sleeping through one of my lectures….
I had another fiddle about with Google Plus this evening. I can’t say that I don’t like it; perhaps I just need to get used to it. It’s new – I don’t do “new” very well. And I’m not alone in that.
Bing (Microsoft’s answer to Google) is losing cash hand over fist. Why? Because it doesn’t do anything that Google and countless other search engines don’t do already.
I really can’t see what Google Plus does that Facebook doesn’t, and Facebook is losing customers…
Posted by Manky Badger at 9:57 pm