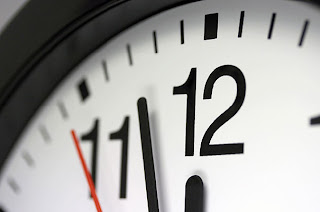 Another late start: I awoke to see that it was 8.20am. Quite a nice lie-in for me. Not so for ‘er indoors TM who had overslept and promptly instigated a “Brown Alert”. I couldn’t believe how well I’d slept - it seemed like only a couple of minutes previously I’d heard “My Boy TM ” closing the door as he left for work. He goes at 5.30am.
We came downstairs to find “acquired daughter” (as opposed to hereditary daughter) watching telly. On reflection when I heard the door close, the door had been closed relatively quietly: I must have heard her coming in, not him going out.
A few minutes later, “hereditary daughter” came in: there was very little quiet about that.
I then spent ten minutes pruning my Facebook list, and I said goodbye to Harry Douglas. After all, I know absolutely nothing about the bloke other than that friends who fly kites have added him to their lists.
There seems to be something about kite fliers on Facebook: most seem to add absolutely any Tom, Dick or Harry to their Facebook list if Tom, Dick or Harry claims to like kite flying. This particular Harry, having been added to my list (on the strength that other kite fliers had him on their lists) has consequently got himself on to loads of my “real life” friends’ lists on the strength of his being a cyber-friend of mine.
Somehow I feel that I’ve been taken in by this chap – having used my bona-fido he’s got himself onto all sorts of other people’s lists. So he’s now gone from mine.
And if any of my loyal readers have added Harry Douglas (with an icon of a parachuting teddy bear) because he’s a friend of mine, you might want to re-think that decision. I’m in no way casting any aspersions whatsoever on the chap – other than to say I have absolutely no idea who he is. Interestingly when you accept “friends” on Facebook, you are now asked if you actually know the person in question outside of Facebook. Since this change has been made I actually do know everyone I’ve added or been added by. I wonder what happens if you say “no” to that question.
My Facebook friends list now has two hundred and eighty people on it. I’ve not actually met all of them face to face, but I think I am now in the position that I actually know who they all are now.
On the other hand, Google Plus seems to have fizzled out already. Admittedly I’ve only got twenty six people in my circles, it’s been several days since anything new has appeared in my stream that wasn’t already posted on to Facebook.
Meanwhile in the wider world, most of the news pundits today are pretending to be shocked, outraged and indignant about the News International phone hacking scandal. I don’t know why they are talking that stance. Surely common sense tells us that the general public wholly approve of digging up the dirt at any cost. Were there actually any morality at all that might get in the way of a news story, then the general public wouldn’t support the entire media industry by buying their newspapers, would they?
And in closing, despite having been demoted to the paltry rank of “dwarf planet”, Pluto exceeds the expectations of even its staunchest supporters by turning out to have (at least) four moons. That’s more moons than those that orbit Mercury, Venus, Earth and Mars put together.
Go Pluto !!!
Posted by Manky Badger at 10:13 pm