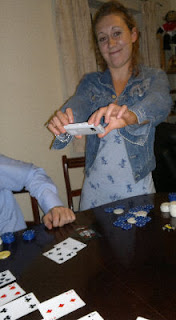 I woke suddenly at 2am this morning. There was a lot of shouting outside the house; lights were flashing and reversing beepers were beeping. I got up to see what was going on. An ambulance was reversing up the road. I would have thought that pointing the vehicle in the right direction and using forward gears would have got the ambulance to the ill person faster, and not woken the entire street in the process. But what do I know?
The ambulance eventually stopped a few hundred yards up the road, and I left them to it.
I was rather restless for the rest of the night, and got up feeling rather crappy. I wonder if I’m sickening for something. Over brekkie I had a look through my accumulated post. I had a letter telling me that I might have won a car or a telly in a draw I never entered. To see if I was eligible to win, all I needed to do was to phone 09061… … .. In *very* small print they explained that the phone call would last a minimum of five and a half minutes, and would cost £1.53 per minute. It’s clear to me who the winner here would be.
I had a letter from the Halifax building society telling me of changes to my account. I wasn’t aware I had any accounts with them, so I phoned them to ask what was going on. After a lot of to-ing and fro-ing I got through to Amanda. She took my details, put me on hold for ages and then announced that she had absolutely no idea why they’d written to me. She suggested I went into my local branch and asked them what was going on. So much for telephone banking(!)
The Nationwide building society had written to me. They are a bunch with whom I have got an account. They had sent me an AGM voting pack and asked if I would vote to approve various reports and to elect (or not) assorted members of their board. Not knowing (or caring) the first thing about what they were asking, I binned the letter. On reflection, such apathy about banks and building societies is probably the very reason our country is in such a dire financial position.
The garage had written to me – did I want a new car? Sightsavers had written a letter thanking me for my support, and did I want to support even more?
Friends Life had written to say that “Friends Life” was the new name for “Sun Life”. They must have money to burn if they can afford to write to tell everyone such triviality.
I then went through the household accounts. The leccie bill had apparently doubled, and the gas bill hadn’t been paid. I got onto the power company. It would seem that they had combined both payments for no apparent reason. I found a letter from them on the matter. Apparently they have done this for my benefit. I wonder how that works?
There was a crash as “Daddies Little Angel TM ” burst through the door on a flying visit. She mentionied in passing that Princess (her cat who recently had his knackers cut off) has the squitters, and was “shitting from here to Alabama”.
I merely mention this in case any of my American readers wonder what the brown trail heading south might be.
And then I set off to Tesco to get lunch. There was a minor episode at the self-service checkouts. A seriously scary looking hooligan was attempting to buy fabric conditioner using tokens. His checkout machine wasn’t having any of it, and an assistant was trying to help him. “Thugbert” was not happy – he was insisting she go back to the fruit and veg section and send a checkout girl to help him. It was at this point that he self-service checkout that I was using spat out all the money I’d put into it. Having no other way to pay, I pressed the help button. The nice lady left “Thugbert” and came to help me. “Thugbert” started screaming for her to go back to him. Apparently it was embarrassing enough for him to have to buy fabric conditioner without everyone watching him failing to be able to pay for the stuff.
The only reason anyone was looking at him was for the exhibition he was making of himself. I was quite happy pulling faces at the assembled children who in turn had been quite happy pulling faces back at me. But because “Thugbert” was far more entertaining to watch, he had garnered the attention of the assembled throng. He then became quite agitated. He started shouting for his tokens back just as the nice lady started crying. That was when “Thugbert” turned bright red, threw down his purchases and ran out of the store in tears himself.
Now that all the excitement was over so the supervisors appeared. By the time the nice lady had been calmed down and I had reassured her that I really wasn’t bothered about having had to wait twenty five minutes for her to see to me, I was running half an hour late.
Fortunately for my nerves, work was (relatively) uneventful, and after a dull day I went straight round to Chip’s where the tribes had gathered for a game of cards. Having once been a rather confused newbie, “Daddies Little Angel TM ” has figured out the rules of poker. And having wiped the floor with all present she then proceeded to photograph her winnings.
And so home.  ‘er indoors TM is out on the lash. I’ve offered to pick her up “when she is ready”. I wonder how long I will have to wait…
Posted by Manky Badger at 11:17 pm