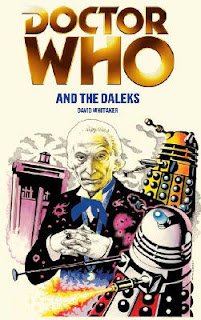 There has been a spate of retirements at work lately. And with my retirement only (!) thirteen years away (I hope), I have often wondered exactly how my last working day will go. Will I go in a blaze of glory; telling management what I think of them? Will it be a genteel testimonial in which I politely smile at an equally polite throng?
I may well copy the example of Gladys.
Gladys has been a secretary at work for…. I don’t know how long. I do know that I was there before she started, but she started fairly soon after me. And so she must have been there at least twenty years. I didn’t notice her at work yesterday: I assumed she had a day’s holiday. So did everyone else. She didn’t turn up today either. On checking the leave records she didn’t have leave booked. After a bit of to-ing and fro-ing it turned out she’d retired.
Apparently some months ago she approached the HR department and planned her retirement arrangements, and made it quite clear that retiring was a personal thing: no one’s business but her own, and she did not want anyone else to be made aware of her personal affairs. And the admin took her at her word. Confidentiality was maintained. Apparently when she went home last Friday she mentioned in passing that she wouldn’t be coming back; that she had retired. The person she spoke to smiled and took it to be a joke. But it wasn’t. She’s gone. No one had any idea that she was going.
I might do just that myself when the time comes.
There was an interesting article on the radio today…… I use that phrase an awful lot on this blog; often as the first line of a day’s rant. Is it a *good* line from a literary point of view? Perhaps I shouldn’t use it quite so often?
The thrust of the article on the radio today was that the opening line of any work of literature determines whether or not the reader is hooked, or whether their attention will wander. The radio show quoted all sorts of introductory lines to novels – “Truths universally acknowledged”. “Clocks striking thirteen”. “Bests and worsts of times”…
I can remember a chap at school winning all sorts of awards for an essay he’d written; the opening line of which was “I stopped the car and let the fog close in around me”. A wonderful opening line – so evocative. I can distinctly remember our English teacher being in raptures over that line. I can also distinctly remember the look on another chap’s face when, like me, he recognised where that line had been blagged from (Google that line!).
Over thirty years later that unpunished plagiarism still bothers me. But it proves the point of the importance of the opening line on any written work. I’ve been blogging daily for nearly five years. I’ve never taken any writing advice or lessons. But this has given me food for thought.
I may not be able to come up with earth-shattering openings to future blog entries, but I shall at least try not to be quite so repetitive…
Posted by Manky Badger at 11:05 pm