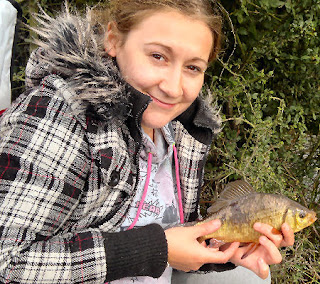 I woke to find a very wet morning outside my window as I checked the Internet over a spot of brekkie. I had been asked to go camping this weekend at Eastbourne Extreme; I’m glad I turned the offer down. Having said that, it would seem that most of the kiting gang are posting to Facebook from somewhere in Herefordshire, so I’m not sure what’s going on there.
Whilst on Facebook, I saw my father in law was up to his old tricks again. Having taken to drinking bleach for supposed medicinal purposes back in April, he’s now banging the drum of another bag of crackpot quackery.
When considering alternative medicine here’s a tip: if an alleged cure actually does work, then it will be a standard cure, treatment or drug offered by mainstream medical practitioners. If the alleged treatment is only available over the Internet or at very expensive clinics or seminars, then it’s a scam. No ifs, or buts. If your GP don’t offer it, it is a scam that doesn’t actually work.
For those of my loyal readers who’d like to pursue the matter, I’ve done this rant before – you can find it here. However I’d suggest that for the sake of my blood pressure we take the rant as done.
I have a new contact on Google Plus – the Rear Admiral has “gone Google”. I now have nine people in my circles. I’m hoping Google Plus will pick up as my circles grow – at the moment it’s a bit sad (as “My Boy TM ” would say).
Staying with Google, I checked Google News. I see the 1980s pop group Bucks Fizz are in the news. Three of them are squabbling with the fourth as to who actually owns the name “Bucks Fizz”. The whole sorry argument has been taken to the Intellectual Property Office who will apparently be “making their minds up” some time over the next six weeks. Six weeks (!) Perhaps working in an acute hospital environment has given me an unnaturally heightened sense of urgency about life?
As I wandered round Asda on the way in to work I saw a CD on offer – “Best of Bucks Fizz”. Having read about them on the news I thought that this was fate telling me to buy the CD. So I did. I shall have words with fate – it owes me a fiver. Bucks Fizz were rubbish thirty years ago, and haven’t improved over the years.
Mind you, I was amazed at how busy Asda was. I often pop in on the way to work during the week. At 7.30am on a weekday the place is all but deserted. At 7.30am on a Saturday the place was heaving with people. Don’t these people have better things to do on a Saturday morning?
After work I came home via Argos, and then spent an hour or so going through one of my student’s homework. This is probably something I should be doing in work time, but I enjoy it. And seeing how it was raining we’d decided against going out for a walk anyway. Instead once I’d gone through homework (and set her another six months worth of stuff to do) we went round to Chip’s for coffee and cake, before having a crafty McFlurry.
The weather forecast for the day had predicted the rain would stop in the late afternoon, and it did. So I loaded up the car with my fishing gear and set off to the pond. I beat the Folkestone contingent there by five minutes and so I had the pick of where to set up. Rather than fishing in my usual spot, I set up where I’d fished last week and had some success. However it didn’t take me long to realise I’d set up in Sheep-Dung-Central. The fishing was good, but it was being done in wall-to-wall sheep turds.
Still, I can cope with sheep turds. I got on with the fishing as the Rear Admiral dropped his chair in the pond and Stevey relocated to where he could fish without catching trees. There was a very dodgy five minutes when “Daddies Little Angel TM ” announced she’d dropped her phone in the pond. And an even dodgier five minutes when she realised she hadn’t and couldn’t work out what it was that had made the splosh.
Disgorgers cunningly fashioned from twigs, crucian carp in the landing net, everyone having bigger fish than me, even a couple of bites on the ledger rod. It was a really good evening. It was a shame about the wind, but my new fishing umbrella (courtesy of Argos) did well. It was a bigger shame about the temperature. I really don’t expect to be shivering in the early evening in mid-July…..
Posted by Manky Badger at 11:28 pm