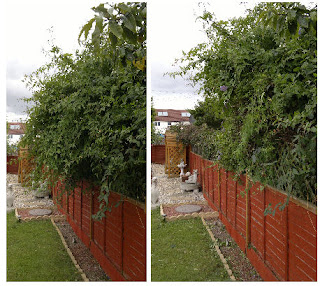 After a long weekend it was back to work for me. And within half an hour of being back, it was as though I’d never been off. I don’t dislike my job: I’m bored with it. Over the last thirty years I’ve left home and subsequently moved house three times. I got religion, found Jesus, got confirmed, realised it was all a load of old tosh, renounced the lot and become a minister in the Church of the Apathetic Agnostic. I’ve got married and had children. I’ve obtained a degree, and post-graduate qualifications. Hobbies have come and gone; and in many cases come again and gone again.
But the job remains constant, day in, day out. Year in, year out. I suppose I shouldn’t complain – in these uncertain times there are many people who would like the certainty that a job provides. But I’m bored.

Mind you, work isn’t without its little moments. One such happened today when a colleague came in limping. He announced he thought he’d broken his toe, having “dropped a bender” on it. He hastened to add that a “bender” was a metallic implement for bending other lumps of metal, but I didn’t believe him. I know what a bender is (!)

After a rather dull day I came home to find the forecast rain hadn’t happened, so I set about the garden. I strimmed and mowed the lawn, and saw red with next door’s overgrowth. On one side (the neighbours who speak to us) there is a fence. Just a fence. On the other side (the side who hate us) is what I can only describe as a jungle. An assortment of clematises, roses, vines and all manner of climbing plants pour over the fence. Periodically I prune them back, but I hadn’t so far this year. The clematis, blowing in the breeze, was actually half way across our garden. So I got the hedge trimmers and stripped it back to six inches from my side of the fence. He won’t like it, but if he truly wanted to be neighbourly he’d prune back his overgrowth himself….