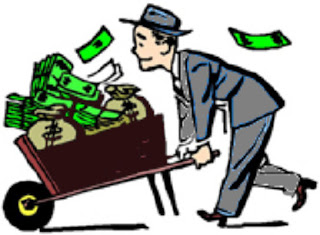 Every morning straight after emerging from my pit and putting on my specs I have a look down the garden at the pond: I don’t know why I do this – I just do. This morning the pond’s water level looked rather low. So I went out to have a look and the filter was leaking – the new filter medium had already blocked up.
On the one hand it’s a good thing in that the new filter medium is clearly working and the pond does actually look clearer. On the other hand it was a nuisance to be cleaning the thing out at 6am this morning.
And when I came home from work this evening I thought it best to give it another clean as the thing was quite filthy inside. I’m hoping for good results from this new load of filter medium.
I was rather annoyed when I read the news today – the world has got mad with remorse for a pop star whose only claim to fame was that she was something of a disgrace to all things decent. Having made a career of being permanently drunk, stoned or both, she’s got the early death that everyone saw coming a mile off. And suddenly she’s being held up as a saint by the mass media.
No one gives a stuff about the bomb-disposal corporal who died a hero’s death last week.
Meanwhile, doesn’t this story just suck donkey dick? Having got rather fed up with the ongoing scandals of seemingly never-ending kiddy-fiddling being perpetrated by the Catholic Church, the Catholic Church is trying to take the line that it doesn’t actually have an employer-employee relationship with its priests. And so can therefore legally distance itself from any kiddy-fiddlers.
It would seem that this legal point has already been thrown out on its arse as far as Anglican clergy are concerned, so it’s anyone’s guess as to why the left-footers think they might get away with this one.
However I must admit to a wry smile when one of the legal types in the case against the church was quoted as saying “The Catholic church would be better served by facing up to its responsibilities rather than trying to hide behind spurious employment law arguments". Presumably by “responsibilities” the legal profession mean “handing over great piles of wonga”; some of which would be destined for their pockets.
Have you seen how much the average solicitor earns? Didn’t some French bloke once say: “There is one law for rich and poor alike, which prevents them equally from stealing bread and sleeping under bridges”.
Law is nice if you can afford it. Both the legal profession and the left footers can. I wonder if those acting on behalf of the fiddled kiddies would be so vocal if they were on a fixed salary rather than on a percentage basis?
The whole sorry story of child abuse by the Church really annoys me. Those entrusted with the children’s welfare have abused that trust. And those entrusted with seeing justice is done have a vested interest: how can they be impartial if there are great sums of money to be had?
And at the end of this rant who is actually looking out for the abused?
Posted by Manky Badger at 9:44 pm