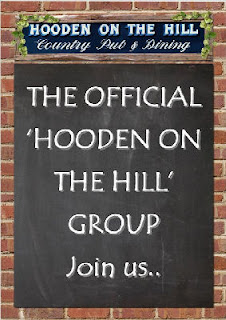 I had a smile as I drove round the diversions to work today. Some young hooligans had moved the road signs to send diverted traffic down a cul-de-sac. I know that road is a cul-de-sac, and so I ignored the signs. And then I realised that in years to come I may well find myself towing a caravan into a cul-de-sac in a road I don’t know because some young hooligans might think it would be funny. I stopped smiling.
The radio has some interesting articles today: science has found that Earth (like Mars, Jupiter and Neptune) has Trojan asteroids. If the future had turned out as I’d hoped, we’d be sending astronauts off to have a look-see.
Science might have found the Higgs boson too. The chap on the radio seemed rather disappointed by the prospect. Apparently not finding it would have been much more interesting.
And then my piss boiled. Mrs Rashida Chapti is launching a legal bid to have her husband legally allowed to come to live in England with her. Currently he lives in India, and he is barred from immigrating to the UK because he doesn’t speak English and has no intentions of learning to do so should he manage to get residence here. Mrs Chapti claims that barring her husband from the UK breaches Articles eight and twelve of the European Convention on Human Rights. She also claimed that not being able to speak English would be no bar to her husband’s getting a job. He could work at the same firm she works for (where apparently no one speaks English!)
Or that is her translator claimed that – for some reason Mrs Chapti chose to speak through an interpreter. The interpreter claimed that Mrs Chapti can speak English, but was rather shy about doing so.  I was left wondering, and fuming.
Am I so wrong in thinking that there is something fundamentally wrong with our society if there is even the faintest hint in the law that this might be permissible?
I came home to find a spotty bumfluffed oik on the doorstep. He claimed to be a surveyor who was checking that I’d received some literature from the energy company that had sent him round. I told him I wasn’t interested. He was insistent, but I wasn’t having any of his old tosh. I didn’t have the heart to tell him, but real surveyors don’t look like their mum has dressed them for school.
And then I had one of those evenings which will go down in the annals of history as having been legendary. The Hooden on the Hill has been a favourite pub of mine: last Xmas it hosted the works Xmas bash. It seemed the ideal venue for a leaving meal for one of my colleagues. Bearing in mind the vagaries of our late shift we gave them the orders for our meals at 7pm on the understanding that we would be eating at 8.20pm. At 7.30pm they told us that certain menu choices weren’t available, and so we re-ordered way before 7.45pm. Our starters eventually arrived at 9.15pm, and at 10.15pm we told them we weren’t prepared to wait any longer.
A very threatening landlord was found who tried to claim that we’d booked for 6pm (not true), and that we’d not ordered until 8.45pm (not true). It’s probably fair to say that we could have ut up with the wait – it was the lies that were most off-putting. In the end it was rather embarrassing in that we thought it only fair we should pay for what we’d eaten, and the most drunk of our party (me) ended up shaking hands with an equally pissed-up barman.
For myself it was a memorable evening – I wouldn’t have missed it for the world. But as I said (very loudly) at the time, if you are going to put your pub on Facebook, don’t piss off your so-called friends….
Posted by Manky Badger at 11:59 pm