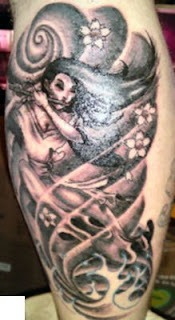 I woke this morning feeling just slightly less than 100%. Can’t imagine why that might be. I watched the last BattleStar Galactica episode over brekky. Having got the box set for Xmas, it’s taken me just less than two months to watch all five seasons of it. It was just as good the second time round, but it did get a bit metaphysical towards the end. I’ll say no more in case any of my loyal readers haven’t seen it yet. Mind you, I only realised yesterday that the show’s arch-baddy was played by the actor who was Captain Apollo in the original 70s show.

I then spent a little time putting yesterday’s exploits into an on-line pub crawl that the normal people could call up and maybe try for themselves. And you might notice that I’ve put that on-line crawl onto the Pubs Galore website, and not that of Beer in the Evening. I won’t give a hyperlink to Beer in the Evening, because I don’t want to crash anyone’s PCs. I tried to post there this morning, and the site is riddled with pop-up windows. Even with my pop-up blocker on, I still found eleven pop-ups within twenty seconds.

I was feeling peckish, so I popped to the corner shop to get a sarnie for diner. The corner shop is opposite the tattoo studio, and two days ago I mentioned that I’d seen a tattoo I liked. The studio looked empty, so I thought I’d pop in and talk about the tattoo – specifically where it might fit. I had this plan to put it on the back of my left calf. It looked like it would fit perfectly. The people in the studio admitted (in a rather embarrassed way) that the price they’d quoted at the weekend was rather a lot less than the going rate. Whilst they would honour what they’d promised, they couldn’t hold that price indefinitely. I wondered about appointments - they had no appointments booked that day, so I drove to the cashpoint, got some money, came back and lay down on the tattooing couch.

Have you ever visited a tattoo studio? Or had a tattoo? These places are worlds unto their selves. They all have large signs saying (rather forcefully) that if you are in a rush, go away and come back when you are not. Tattoo artists (quite rightly) won’t be hurried. And the music – they all seem to play the heaviest heavy metal you ever did hear. And the pikeys and normal people that come into the studios. You would think that the hoi-polloi would be discouraged: it’s no secret that tattoos aren’t cheap. But there was a never ending stream of people coming in with the most idiotic questions – the best being from some half-wit who said his daughter didn’t like her belly button piercing, and seemed to think she could swap it for a tongue piercing?

Having traced the outline on my leg, the artist (Dan) laid me on the couch at mid day and,made a start. Just lately I’ve been rather embarrassed about going to a tattoo studio, because wherever I go it’s quite obvious that I have had tattoos done somewhere else. This wasn’t an issue today – it turned out that I had my first tattoo done in the year before Dan-The-Tattoo-Man was born. We chatted on and off during the afternoon, stopping hourly for a fag break, and for me to have a fidget. Whilst the tattooing hurt (!), by far the worst part was the pain in my back – laying face down for protracted periods was both oh-so-boring and at the same time incredibly painful. Every hour as I struggled to get up I would tell Dan and his assistant never to get old as I agonisingly heaved myself off of the couch.

I’d been told me that the tattoo would take about two to three hours. I’d booked an appointment from mid day to three o’clock. The time dragged, and at quarter past five Dan asked if I wouldn’t mind coming back another time. As with all tattooists of my acquaintance he was something of a perfectionist, and he didn’t want to rush the job. He then coughed a bit and made a confession. He was so pleased with what he’d done we wanted to take his time over it, and put a photo of the finished thing into his professional portfolio. He then took six photos of the progress so far.

I realise this might sound like I was being given “soft soap”, but today was my seventeenth tattoo, and only once before has a tattoo artist photographed their work on me.

I’ve got to go back in a few weeks for another couple of hours work. I like having tattoos on my body. I’m not so keen on the actual mechanics of having the tattoo put on. I am *so* not looking forward to two more hours under the buzzing needles….