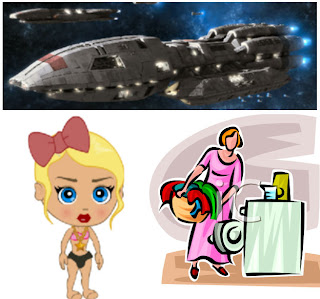 I did smile as I listened to the radio on the way to work this morning. The education minister was discussing a suggestion to make head teachers more accountable to their staff. The idea was that if a committee of teachers in a school felt that the head was not doing a good job, they could vote said headmaster out. The interviewer suggested that such a plan might be implemented across the entire public sector. The minister said it would be particularly impractical in hospitals because there are so many managers who would be summarily dismissed. And then he realised what he’d said and backtracked somewhat.

Last Wednesday I worked a lot longer than I should normally have, and last Thursday (what with the snow) I put in even more extra time. By the end of the week I’d accrued an extra six and one quarter hours. Today I took that time back. I went into work at 8am, and came home at 9.15am. It has been said that it was silly going in for the hour and a quarter, and it’s a rather sad fact that a few years ago I would have agreed. But under today’s management style, had I taken the whole day (as was suggested) I would have been reminded that I didn’t actually accrue a whole day’s lieu time.

So, being home at 9.30am I set the poor washing machine to full power and washed and ironed like a thing possessed whilst watching BattleStar Galactica DVDs. The household’s laundry was up to date at mid day, but I doubt if that state of affairs will last. I then spent the afternoon watching more BattleStar Galactica. I eventually turned the telly off after ten episodes. Half way through the afternoon the telly gave me an “Automatic Power Down” warning. Apparently the thing switches itself off after four hours if no buttons have been pressed. Or so it says on the Internet. The manual said nothing about it.

I see that two (more) of my loyal readers have joined YoVille. For a very silly game, it’s rather addictive. Today I discovered the bathroom in my Yo-apartment, and realised I hadn’t installed a toilet. Bearing in mind I’ll soon have enough cash to move to a bigger house I’ve decided not to invest in a W.C. Instead I’ve taken to going round the neighbours and using their facilities.

I then went Yo-fishing and caught a marlin and a coelacanth. These long winter evenings are just flying by…