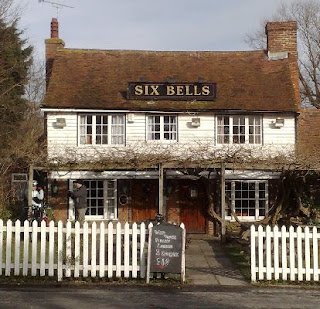 In my more lucid moments I am a chartered scientist. In layman’s terms, the area of my expertise is the science of how the human body works. And despite all manner of qualifications and nearly thirty years experience in the field, human metabolism is still in many ways a mystery to me. Why is it that some days I will drink ale by the gallon and be fine the next morning, and then today I feel like death warmed up after only two glasses of wine last night?

Whilst on the subject of drinking to excess, I see this year’s CAMRA pub of the year 2010 has been chosen. I wonder what the place is like? The title of local pub of the year for my area has been awarded to the Red Lion in Snargate. I must admit that is a choice with which I’d agree, had I been asked. But I’m not a member of CAMRA, so I wouldn’t expect to be asked. However I was a member of CAMRA for ten years and no one ever asked me my opinion during that time either.

The only communication I ever received from the local CAMRA bunch was a letter once a year reminding me about the beer festival they ran. And in retrospect that was probably to ensure attendance so that they didn’t run the thing at a loss. I’ve since found out they ran all sorts of events that they never publicised before the event. How can you credibly declare a certain pub is the local Pub of the Year when only a small minority of those eligible to vote know the selection is taking place? The local CAMRA committee took the trouble to write to me once a year, so why didn’t they include the year’s program of events… (I’ve done this rant before… so many times…)

Talking of pubs, it is rumoured that “The Crisps Shop” (The Six Bells in Woodchurch) has closed. If this is true, then this will be the end of an era. The Six Bells is somewhere we’ve cycled to many times. We went there for dinner to celebrate Brian’s return from the a few years ago. Whilst friends and family would watch “Woodchurch Wings and Things” I would take the children to the pub’s beer garden for crisps and a crafty half. (The half was for me, that is – not the kiddies!). That pub did such good beer, and good food. They can’t have closed!!

I shall have to investigate further. Possibly this weekend.

And then to Facebook. Last night I added another friend. My cousin Karen has found me. We were quite matey in the early 80s, often zooming round on our motorbikes. But over the years we’ve rather gone our separate ways, which was a shame. I’m glad she’s found me. I’ve since added another cousin as a friend on Facebook too.

I don’t really “do” family as much as perhaps I should. Over the years I’ve really lost touch with pretty much all but my immediate family. The in-laws are very big on family reunions. Perhaps I should take a leaf out of their book?