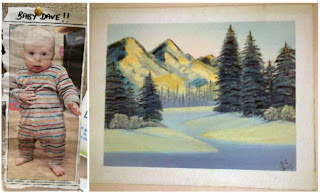 Whenever the postman comes I have a habit of sticking any boring-looking letters for myself into my letter rack. This rack gets very full – I don’t just put boring-looking letters into it. I put in all sorts of things I intend to get back to when I get a minute. Today I finally went through the thing. I found:

It’s amazing what rubbish I’ve found. And I’m not the one who hoards stuff. I should have cleared out this rubbish yesterday – after all, the bin men came first thing this morning.

Mind you, I’m (once again) wondering what I should do about the snake club money. There’s over a hundred pounds in the account. I actually resigned as Treasurer of the snake club over ten years ago, and the new committee did nothing about changing the banking details. And then the club folded within a few weeks of my resignation anyway.

I’ve done some research into this in the past, and whilst I can arrange to donate it to charity, should any ex-club members appear they may well have a claim to some of the funds. I suppose it’s not my money, I’m just looking after it. I’ll leave it where it is for another few months.

And then to work, where I was the subject of some disrespect. Today’s news told the tale of baby Xavier who, despite only being six months old, can walk. My colleagues felt there was an uncanny resemblance. Bottoms will be spanked (!)

I then received a text from “Daddies Little Angel TM ” who’d uncovered a painting I once did. I’d forgotten about that one. I’re put it as today’s piccy. I’m rather proud of it.

And in closing, can I remind my loyal readers that this Saturday there’s still (possibly) one or two spare tickets for the E.L.O. tribute band. If anyone fancies a night out this Saturday night, please get in touch…