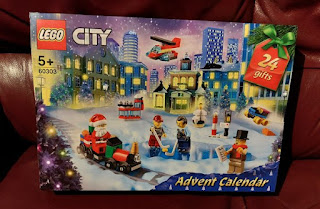 I had perhaps the worst night ever last night. With feet like blocks of ice, my head was sweating and the dogs were taking up ninety per cent of the bed space. Though I have to wonder if it was my own fault that I was feeling grim. In the past I’ve been rather unwell after scoffing Sainsbury’s granola slices, and so on Monday night I got some before the night shift as a bit of an experiment. I think I’ve conclusively proved that Sainsbury’s granola slices don’t agree with my insides.

I made some toast in the naïve hope that it might settle my stomach (it didn’t) and watched an episode of “Drifters” in which our heroes were attempting to “do the dirty deed” with varying degrees of success, then sparked up my lap-top. As I peered into Facebook I was immediately presented with an advert for “Fairies and Fairy Magic Diploma Course”. For a mere thirty quid I could learn all about “the world of folklore and theories surrounding fairies and their activities in the British Isles. You’ll learn about their history and origins, varying types, magic, homes and lives, and even how to meet and communicate with them”. People pay good money for this, you know; I’m just miffed that I didn’t think of it first.

I had an email from Geocaching HQ saying that they’d improved the search feature on the geo-map. I tested it out by typing my home postcode into the search bar and the thing immediately centred the map on the middle of the North Sea. That’s working well, then.

I drove up a rather foggy motorway this morning (farting like a thing possessed). As I drove the pundits on the radio were interviewing one of the leading lights of "Insulate Britain"; the bunch responsible for all the delays and closures on the M25 over the last week or so. Apparently their protests are rather dangerous and may well cause injury or death (by having protesters sitting in the motorway). The woman being interviewed made a rather poor show of presenting her case. Flatly refusing to answer any question put to her, she had a pre-written statement and just read it out (time and again) in response to everything she was asked. Given a prime slot on national radio to discuss one of the most serious issues of our time, this woman just came over as a bit of a twit. Such a shame.

Apparently another of these protesters stormed off of the set of Breakfast TV this morning. Banging on about sensible energy use it transpired that this chap's London home is single-glazed, has no cavity wall insulation and uses gas central heating.

These eco-warriors have such a good and worthy cause, and do their level best to make themselves a laughing stock.

I got to work where I did my bit with varying degrees of stomach ache. Last night I had wondered if I would be taking today off work as sick leave, in retrospect maybe I should have done.

I came home to find the postman had been. With a little over two months to go until the start of Advent, my Advent Calendar has arrived. I really should open it up and see what is in there, but I won’t. I shall open each window on the correct morning and stare at whatever is inside wondering just what I am supposed to do with it.

I also can’t wait to stop farting…
Posted by Manky Badger at 9:29 pm