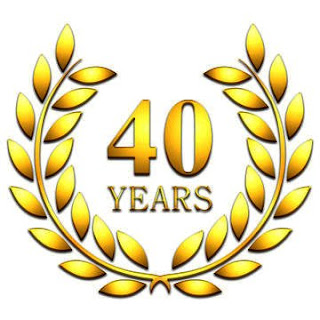 There was quite the squabble kicking off on a 70s-related Facebook group this morning which I read as I scoffed my toast. Some chap called “Dan” had posted something or other. However his profile picture was that of a woman. He had been accused of being an “anonymous twat” by someone who was looking for a fight, and the argument just descended from there.

There also was a post on Facebook from “Jesus Daily” that had appeared (uninvited) on my feed. I had a little look at “Jesus Daily” to find out more. It is some religious Facebook page on which people post up pictures of suffering children, elderly people and dying pets. We are all supposed to pray for them. Amazingly loads of people were posting prayer-like comments. I don’t understand… this god of theirs lets nasty and cruel things happen. We then pray and Jesus sorts it out if he can be bothered? But judging by the amount of obituary posts on that page, he don’t seem to be bothered that often. Am I missing something here?

I got the dogs on to their leads and we drove down to Orlestone Woods for a little walk. We arrived to find the car park nearly empty, and we did our usual circuit of the woods without meeting anyone until we were only fifty yards away from the car where we met the little old lady with the poodle and the Jack Russell.

Treacle amazed me. We walked with the little old lady with Treacle cowering in terror from the poodle, then when we got to the car Treacle and Pogo jumped into the car’s boot. We always have a treat when we jump into the boot as that encourages them not to mess about but to get into the boot. Seeing that dog treats were going, the poodle came over. All her cowardice vanished as Treacle chased the poodle away; she certainly wasn’t sharing the treats.

As we’d come to the end of the walk so I’d felt some spots of rain. The rain picked up quite substantially as we drove home; I’d been right to have mowed the lawn yesterday evening.

We came home, and as the rain poured down outside I fiddled about on my lap-top as I do. I geo-puzzled for a bit, then went to bed for the afternoon. Despite the dogs declaring two formal “Red Alerts” I got four hours in bed of which over two were spent asleep. I then did another geo-jigsaw, scoffed some dinner, and now I’m off to the night shift…

Today is something of an anniversary. Forty years ago to the day I started working at the (now demolished) Royal East Sussex Hospital as a junior medical laboratory scientific officer, and I’ve been wondering if I’ve left it rather late to think that was a bad move.

Back in the day we all started off in the job having done rather badly (or having failed) at “A”-levels and went to technical college on day release for two years to get an ONC and then for a further two years to get an HNC. At this point we would be formally assessed by the professional regulator and would (if we passed) become state registered. We then had the opportunity for further study (up to masters level) if we wanted it; all paid for by work. But about twenty-five years ago the rot set in.

Most health-care professions stopped taking school-leavers and wanted graduates. Rather than taking people on and paying for their training, the government of the day wanted to employ people who had already paid for their own training. So students took the biomedical degrees (with little idea of what the job for which they were studying entailed), ran up incredible debts whilst doing so, then looked at jobs in hospital laboratories and laughed. “My Boy TM” drives a fork-lift truck about and he earns far more than I do. A train driver (with twelve weeks training) earns more than my boss’s boss.

Graduates have far more expectations than school-leavers; effectively we went from a system of bringing in people who’d done badly at “A” levels and had lifted them up to a system of trying to bring in graduates and dragging them down. People looking at the job today realise that opportunities for advancement are few and far between, with many hospital laboratories merging and the pay differential between bands isn’t worth the extra hassle of the additional responsibilities.  They don’t want to be expected to be available for work at all hours day and night. (I don’t have a weekend off in this next month at all. I missed my daughter’s first eight birthday parties and can’t remember when I last had a complete Christmas break).

Always at the back of your mind is the worry that if you make a mistake, you might kill someone. And when that happens no one remembers all the effort that you put in over the years; you may well find yourself dumped and left unemployable by managers desperate to cover their own backs (not that I’m bitter).

You are legally expected to create something like https://adulldayatwork.blogspot.com (maybe not as a website, but you have to do all that CPD for no extra pay)

It is no secret that biomedical scientists are top of the United Kingdom Shortage Occupation List.

But what’s boiling my piss today is that on my first day, as part of the introduction, the senior chief medical laboratory scientific officer asked if I would like to join the NHS pension scheme. He actually advised me against doing so. He claimed that most people in this line of work died before getting their pensions (things were very different back then). But he was crystal clear that if I joined the pension scheme I could retire after forty years’ service. I can distinctly remember him telling me that the first day of my retirement would be the 14th September 2021. So I joined the pension scheme.

After a couple of months he asked me why I’d joined the pension scheme when they didn’t accept anyone under eighteen years of age. My retirement got put back to my fifty-eighth birthday (and that was six months of contributions down the drain).

A few years later I found out that the rules had changed and I couldn’t claim a full pension until my sixtieth birthday (two years of contributions down the drain).

Now I’m told I can claim *some* of my pension if I retire on my sixtieth birthday, but I’ll only get the full amount if I work till state retirement age (whenever that will be). I estimate I’ve been cheated out of nine and a half years of retirement.

Forty years ago I started paying for a pension in good faith. It’s like buying a bag of chips, and as you walk down the road scoffing them, so the chip-shop owner comes chasing you saying he’s put the price up.