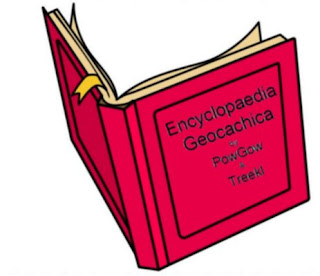 I woke in a cold sweat at half past four after a nightmare in which I had been appointed leader of the Methodist Church which had staged an uprising and had seized control of the UK. Why me - (apparently) I never cancelled my membership of the thing forty years ago. Part of my duties as supreme bishop were to blather platitudes whist going round the country expunging common sense and reason as I found it.

I went to the loo and came back to find two dogs where I had been sleeping. I didn’t want the aggro of waking them, so I squeezed myself around them and tried to sleep.

I gave up trying to sleep, made toast, and had my usual peer into the Internet. This morning seemingly every other post on my Facebook feed was from “Daily Jesus” who were asking for my help for various very ill children. And these posts summed up entirely why I stopped going to the Methodist church forty years ago. Does Jesus want my money to help the ill children? If money is the cure, where does Jesus come in to it? Or am I supposed to pray for the children? If so, why? To tell Jesus about the sick children? (doesn’t he know about them?) Or to beg for him to do something about it? (so he knows but does nothing until we beg?) There were also a lot of obituaries being posted on my Facebook feed where children had died and we were asked to pray for them in the afterlife. Surely (because the church is still going after two thousand years) this all makes sense to someone, but it makes no sense whatsoever to me.

There was quite the argument kicking off on one of the local Facebook groups. Some people are fed up about the boy racers who use the A2070 as a race track late into the night. This has been going on for years, I hear it most nights, and (quite obviously) the local police have no interest in doing anything about it. Some of the locals were whinging about it. Others were adamant that the police *would* do something if they were told (they have been told, they haven’t done anything). Others were denying there was a problem at all, and the whole thing had descended into name calling.

“er indoors TM” gave the dogs their breakfast, and we went for our walk. Yesterday I’d found some woods on the map that might be good for my latest Wherigo project. I’d had a look on Google Street view and found somewhere to park and what looked like the beginnings of footpaths. It didn’t take *that* long to drive out to the back of beyond and I parked up in the spot that I’d seen on Google Street View.

The plan was to walk the footpaths in an anti-clockwise direction in a circular way, but we fell at the first hurdle. Where there was a clear track marked on the map there were trees, brambles and stinging nettles in reality. So I thought we might go clockwise and find where the track was by coming from the other end. We got a few hundred yards before that track disappeared beneath the brambles and stinging nettles.

I should have given up at this point, but we went back to the car and relocated to the backup parking spot from where we found all the paths there equally impassable. All the bits of path we could find were littered with shotgun cartridges, the place was crawling with pheasants, and it was at this point that I realised I’d not seen a single “public footpath” sign.

We gave up and came home.

I made a cuppa and peered into the Internet again. I had an email. Back in April I’d mentioned on here that the pub in Hastings that our family has frequented for over fifty years was up for sale. I posted a link to the details of the place; this morning I had a polite message from the estate agent asking me to remove the link. I did so, but that place was a part of family history. I can’t help but wonder why they wanted the link gone. Probably didn’t want to be associated with this blog… I can sympathise…

I then spent a while looking for somewhere else for my Wherigo project. I’ve found somewhere. I shall have a walk round the place in a few days’ time. I then CPD-ed but fell foul of the “Red Alert” simulator. I “think” the thing might be lacking information on the Lutheran blood group system, but that could be said of most people, couldn’t it?

I took myself off t bed for the afternoon. Pogo came up as well and made himself comfortable. Once he’d had a little sleep and went downstairs again I got some sleep too.

After a couple of hours I woke up and spent a little while on my latest Wherigo project. It was all a bit “normal” so I’ve added some humour to it (that usually winds up the normal people). Hopefully “er indoors TM” will boil up some dinner soon, and then I’m off to the night shift.