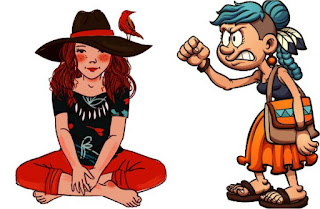 After a better night’s sleep I opened up a new razor (new month -new razor blade). As I scraped I wondered if I might get razor blades cheaper on-line. Those things ain’t cheap.
I made toast as my COVID test incubated and scoffed it whilst watching another episode of “The Chair”, then sparked up my lap-top to register yet another negative test result. Facebook was much the same as ever this morning, but I was amazed by a distant cousin who was posting about having finally moved in to her new house. With no urgency to vacate the old place or get in to the new place she'd decided to save on moving expenses and to move herself. She claimed she'd finally moved the last bit of stuff into her new home having done fifty-two car trips. Fifty-two. I'd pay a removal firm and think that was money well spent.

I swapped a few messages with Gordon who was planning to walk my geo-series in Kings Wood today, then got ready for the off.

As I drove up the motorway the pundits on the radio were talking about how some new-age hippies from the Extinction Rebellion movement had occupied the offices of old-age hippies of the World Wildlife Fund. I did chuckle - some things never change. I can remember back thirty-five years ago when our old landlady (who ran the first vegetarian restaurant in Dover) was a leading light in “Save The Whales” and seemed to spend far more time arguing and squabbling with other charities than she ever did on cetacean well-being.

There was also a lot of talk about the future of Afghanistan. With the allied forces now having walked away from the place, all sorts of politicians and do-gooders were talking about how the western governments will force the new management there to dance to the western tune. None of them seemed to realise that evacuating all the western presence has effectively removed all western influence. But when have politicians and do-gooders ever listened to reality?

Work was work. I did spend a bit of time peering out of the window though. Today was supposed to have been a rostered day off for me, but seeing that we looked a tad short-handed I offered to come in instead.

Ten years (and a bit) ago I worked somewhere else. If that workplace was on fire I wouldn't piss on it, but I am very happy to help out where I now work. It is amazing the difference having a manager who isn't nasty makes.

But I was still glad when home time came around. Today had been rather busy.

I came home to an empty house. “er indoors TM” had taken Pogo and Treacle out. I pootled about until they came home trying to sort out the documents on my lap-top. I really could do with being a tad more organised.

I wonder what’s for dinner…
Posted by Manky Badger at 8:04 pm