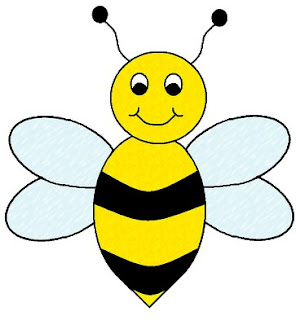 We got home rather earlier from the wedding last night than we might have done, and I went straight to bed. I’d come home with something of a headache. Why do all live bands think that they can increase their quality by increasing their volume? I slept for a couple of hours until Pogo had a barking fit at quarter past two, and I didn’t get back to sleep after that. After three hours of laying awake I gave up and made brekkie.

As I peered into the internet there was quite the argument kicking off on one of the local Facebook pages this morning. As I drove home last night there were half a dozen crackpots waving anti-vaccination placards at passing traffic in Chart Road. A frankly frightening amount of people had been posting on-line in support of the anti-vax movement. Whilst these people have the right to their opinion, their opinion is factually wrong. Let’s be crystal clear here. Anti-vaccination is up there with flat Earth theories, homeopathy, astrology, the canals on Mars, and ideas about the Sun going round the Earth and fairies living at the bottom of the garden.  It is factually wrong. There is an abundance of reliable and repeatable evidence to prove it is wrong. And just because someone chooses to believe it doesn’t give it any credence whatsoever.

It bothers me that in today’s society the considered opinions of educated people formed over years of study and reasoning are of no more worth than the whim of a half-wit. And it also bothers me that there is no longer any shame in proudly showing ignorance and frank stupidity.

As I drove to work there was some nonsense on the radio. The "Farming Today" program was talking about de-carbonising the fishing industry and about how much time and effort had gone into looking at alternative fuels for smaller fishing boats. Amazingly no- one had considered sails or oars like my Dad used on his small boat for many years.

There was also talk of Franklin's Bumblebee. Not having been seen for fifteen years it has been declared as "endangered". How long do these things have to be missing before they are officially extinct?

I turned off the radio. It was winding me up. Instead I sang along to my "Ivor Biggun" CDs as I drove to work.

Work was much the same as ever. I don't mind working at weekends when I'm not missing much. The weather wasn't good, and much of the family was somewhat under the weather after the wedding yesterday, so it wasn't a bad day to be at work.

Today was my fifth consecutive day at work. What with the vagaries of my shift patter I rarely work five consecutive days; it has been rather tiring.

I came home to find the bathroom floor wet. “er indoors TM” had taken the dogs down to Orlestone (together with Ro-Ro) and they’d found a swamp and needed bathing. Seeing they’d had a walk already I settled down and looked at geo-puzzles with a view to going for a walk tomorrow. I didn’t solve many puzzles, but I eventually got “Hannah” programmed for tomorrow. It took some doing. Whilst I wasn’t looking the software on the lap-top had upgraded itself. It is probably now a wonder of technology probably doing all sorts of amazing things that would impress IT gurus. But it now does its actual job far worse than it used to and isn’t really fit for purpose any more. Much like all IT upgrades… (not that I’m cynical…)