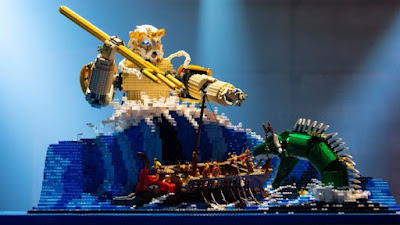 I was up rather earlier that I might have been this morning. I watched an episode of “Drifters” then had a little look at the Internet to see what I’d missed overnight.

Last week I saw an advert on Facebook for a for “Fairies and Fairy Magic Diploma Course”. This morning as I peered into Facebook I was presented with an advert for a “Unicorns and Unicorn Energy Diploma Course”. Reduced in price by nearly a hundred quid, for only thirty quid I could “journey through the Kingdom of Unicorns and examine the myth, history, legends and perceptions of unicorns and the hopes humans connect to them. Receive guidance through the unicorns’ connection to the inner realms. Discover how to connect with my unicorn and activate my sixth chakra, mythical imagination, and spiritual intuition – to purify the poisons and venoms of my mind, heart, and body”. I would point and laugh, but nearly five hundred people have already enrolled on the course, and it has a 4.8 out of 5 rating on Trustpilot. Am I missing something?

There was also a row kicking off on one of the Hastings-related Facebook pages where people had taken offence about photos of Gary Glitter who had appeared on Hastings pier some time in the 1970s. I’m not defending the chap, but I don’t understand this current trend of trying to expunge so much from history. If we don’t learn from the past, we will just repeat it.

I set off to work through the drizzle. As I drove the pundits on the radio were talking about the ongoing Labour party conference. The Labour party was getting itself embroiled in squabbles about cervixes, internal voting processes and all sorts of trivia whilst seeming to be deliberately avoiding the major issues facing the country. I’ve said before that it bothers me that the Labour party make no effort whatsoever to be seen as a credible alternative to the current government.

Pausing only briefly for Munzee purposes near junction eight of the motorway I was soon in Ayelsford and at twenty to eight I joined the queue for petrol. Perhaps I shouldn’t have done so with half a tank of petrol, but I get through the stuff at quite a rate. I’d left home far too early and (in all honesty) had nothing else to do. As I queued the pundits on the radio were talking about the reasons why there is a major panic-buying of petrol at the moment. No one seems to really know why but everyone had a theory. Part of that theory was the ongoing shortage of HGV drivers which the government is planning to address. However the government’s plans is to recruit people on short term visas. Having told people who have lived in the UK to piss off back home (which was what actually happened to thousands), they are now being asked to return – for three months. Who’s going to leave the job they’ve got in their home country to come back here for three months? As the Dutch HGV driver being interviewed live on the morning’s radio said “You are turning to us European drivers to drag you out of the shit you created yourselves”. (I did chuckle at the interviewer’s embarrassment at that one).

After twenty-five minutes I had petrol and was on the way to work.

I again paused for Munzee purposes on the way home. As I pulled up I saw “er indoors TM” and the dogs going for a walk. So with a relatively quiet house I phoned the bank to ask how the people at Credit Karma knew about my credit card payments. After all it’s only me and the bank’s automated system who know when I make a payment.

After twenty minutes I got through to someone who didn’t really speak English at all. I asked her how Credit Karma got this information. She put me on hold for five minutes and then rad out what I can only describe as “bank standard reply #5” whilst addressing me as “Mr Johnson”. After a few minutes the woman to whom I was speaking realised she didn’t have a clue what I was talking about  and put me through to the fraud prevention department. I spoke to two people there, neither of whom could speak any English that wasn’t in their pre-prepared scripts. I suggested that they might get someone from the bank’s local branch to phone me tomorrow; they were quite clear that this was beyond their ability, and some chap claiming to be called “Molly” suggested I took a day’s leave to go into the branch myself. After thirty-five minutes I hung up.

I’m not at work tomorrow – I might go in to the branch and close the account. In the meantime I’ve sent the bank a message via Facebook messenger. If nothing else they can run it through Google Translate.

“er indoors TM” boiled up a very good bit of dinner which we scoffed whist watching the final of “Lego Masters: Australia”. I did like that show – I wonder when the next series is on?