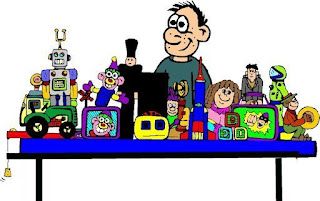 It was a hot night last night. Despite sinking a bottle of red wine I didn’t sleep very well, seeing every hour of the night.
Over brekkie I scoffed toast whilst watching another episode of “Drifters”. As I watched, another negative COVID test incubated. I did wonder if I might have had a positive one for a change; not that I feel ill, but I did wonder if going to London on Monday had been a good idea. I might have caught the sun in London, but it would seem I didn’t catch the ‘rona.

I had a little look at the Internet. There is talk of a camping weekend being organised by and for the local geocaching fraternity. I might have been up for it had it not been planned for next April. I’ve camped in April before – April nights are *far* too cold to be in tents. I’ve done that before – the days are hot enough to get sunburn and at night there is frost in the tent. I’ll just pop down for the day though. I’d like to support the event. I don’t think the local geocaching scene has will survive much longer unless positive steps are taken. The first, second and fourth most prolific local hiders of Tupperware have effectively given up doing so. No one seems to be keen on organising local geo-meets. It used to be such fun… it can be again. If I can get this geo-walk from Tower Bridge to the London museum off the ground that will be a step in the right direction. I’m rather concerned that hunting Tupperware in Kent has gone the same way as it has in several other counties – I’m reliably informed that there are large part of the country where people don’t go hunting for Tupperware; they just sit about whinging about how good it used to be.

I then sent out some birthday wishes and sighed. My nephew was doing a birthday fundraiser for the hospice where my mum died earlier in the year. I know he means well but I won’t be giving to it. This is something about which I feel very strongly… (engage rant mode…)

When that hospice started it was effectively a part of the NHS. Today only a third of its funding comes from the NHS because the government know that well-meaning people will pay the rest through charity donations. And this isn’t party political; it happened through the Labour governments too. No government of any party is ever going to pay for anything when someone else is paying for it for them. Look at the schools where the parent-teacher associations are fundraising for the text-books. That *can’t* be right. I’m all for charities – when they are set up as charities. For example there’s the goat sanctuary, the Scout Association and Guide Dogs; none of which are publicly funded.. But subsidising a government institution *isn’t* a charity.

I set off to work about an hour later than I did yesterday and was amazed that the roads were quieter. As I drove the pundits on the radio were talking about how the Home Secretary has announced plans to have British ships on patrol in the English Channel looking for boats of illegal immigrants. Apparently according to international law these British ships can turn the illegal immigrants around and return them to the French authorities… provided the French authorities will accept them.

The French have said they won’t.

Did no one else see this coming?

I got to work where I spent much of the day giggling. New porters were being shown round the hospital. They were brought into the lab, shown to us and they were told “These are the scientists. They are very nice”.

No one else but me thought this was hilarious.

Mind you one of the girls at work wasn’t laughing. She’d had a message from her son’s school telling her that tomorrow was a non-uniform day and that as part of it she was expected to contribute to the “Honesty Table”, but was admonished that only quality offerings would be accepted. I’d not heard of an “Honesty Table” before.

Apparently they are a self-service jumble sale where you put out stuff and others come along and pay what they feel the stuff is worth. The thing is unsupervised, hence the “Honesty” bit.

When I was a lad every day was a school uniform day. We didn’t mess about with “Honesty Tables”. We did our lessons and anyone who didn’t got a crack on the arse. Simpler times…
Posted by Manky Badger at 9:26 pm