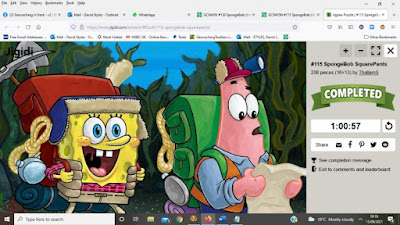 Last night’s night shift wasn’t so much “busy” as “constant”; the work kept coming all night long. It was with a sense of relief that I watched the early shift arrive.

And having been up all night providing vital services in an acute hospital I drove home wondering why I bothered. The pundits on the radio were talking about the government’s plans to offer vaccination to everyone over twelve years old. They were interviewing some twelve-year-olds and their parents. One of the parents felt the government had a duty to make all the facts available. She seemed concerned that as well as facts, the government should also present rumour, half-truths, disproved crackpotism and frank nonsense. And having a myriad of options (of which reality was only one) the children could then choose the one that they most liked the sound of. Evidence-driven health care was only one of many life-styles and was of equal worth as magical crystals and faith healing to this woman.

They let these people vote, you know.

I got home and went to bed for three hours; woken shortly before mid-day by not-so-nice-next-door clanging away on her piano.

I got up and took the dogs to the co-op field where we played a game of “Fetch”. We played nicely for three goes; I would chuck one ball in one direction for Treacle, and the other ball in another direction for Pogo. On the fourth go Treacle grabbed Pogo’s ball and ran off with it in her mouth as she went to fetch her ball and Pogo soon lost interest.

I started the afternoon by doing the ironing. As I ironed I watched episodes of “Four in a Bed” in which rival B&B owners try to out-do each other. This show seems to have become something of a favourite with me. I do like the way so many of the contestants are in denial. One will flatly deny there is any dust whatsoever in her bedrooms when another contestant has just drawn a picture in that dust whilst the cameras filmed her doing so.

Feeling a tad tired I then sat quietly and did two two-hundred-piece on-line jigsaw geo-puzzles which took an hour apiece to do.

Once she’d walked the dogs “er indoors TM” boiled up sausages and chips which we scoffed whilst watching “Joe Lycett’s Got Your Back” in which he tries to do what Esther Rantzen gave up doing years ago. It was OK I suppose; exposing insurance rip-offs was laudable enough, but then he rather embarrassed himself by claiming that Lego and Playmobile weren’t inclusive of minorities and wasted quite a bit of air-time before finding that they were.

There’s something called “British as Folk” on now. So far it’s a bit crap…
Posted by Manky Badger at 9:00 pm