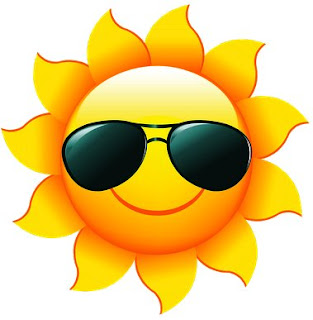 I don’t know whether “er indoors TM” and the dogs had any spats during the night; I was out like a light for seven hours.

As I made toast so Treacle came trotting downstairs closely followed by Pogo. I thought it rather sweet they were coming down to be with me… then “er indoors TM” came through to the loo. Both dogs followed her to the loo, then followed he back to bed. There is no secret as to who their favourite is.

As I scoffed toast I watched another episode of “Drifters” (in which our heroes had scabies) before peering into the Internet. The photos I’d posted on-line last night had come in for quite a few favourable comments. And there was a rather amazing squabble on one of the Sparks-related Facebook pages. Someone else who has followed them for fifty years was being accused of “Gatekeeping”. I’d not heard of this one before and had to look it up – apparently having been following a band or doing a hobby (or even have been alive) longer than someone else is in some way patronising and offensive to the newcomer, and is (supposedly) valid grounds for taking offence.

Some people would seem to descend to any level just to have an argument!

As I drove up the motorway I couldn't help but notice how busy it was. I have seen it busier, but not often. Such a contract to the trains and London yesterday which were the quietest they've ever been.

As I drove the pundits on the radio were talking about the situation in Afghanistan. Having withdrawn all the western forces, the Taliban have now effectively re-taken control (despite some local opposition). The general consensus was that this was inevitable; the only way to have kept the Taliban out of power was to have kept up the military presence. And just how long can you keep that up? Longer than people will cling to crackpot ideas? Hardly?

I got to work and did my bit. One of the things which makes my job different to that of other people’s is the various hours I work. Today was effectively my Monday morning. Traditionally everyone whinges about Monday mornings. And having had a particularly good weekend involving a very good hike round the countryside, an incredibly good session with friends over a pub lunch, and then a frankly epic day in London yesterday there’s no denying that today was something of an anti-climax. But today there was none of the “I really can’t face going to work” feeling that plagued my life for years.

And with my bit done I left. Being on an early shift wasn’t such a good thing today; the car’s thermometer said it was thirty degrees when I came to leave. I thought about having an ice cream; someone has kindly paid for an ice cream van to be in the works car park giving free ice creams to hospital staff. In theory this is a very generous offer; in practice I couldn’t be queuing up in the blistering heat for twenty minutes waiting.

I had planned to take the dogs out for a walk when I got home  but it was still far too hot. I sat in front of the telly and fell asleep.

“er indoors TM” woke me when she came home after a dog walk a few hours later. I feel like death warmed up – did I have too much sun yesterday?
Posted by Manky Badger at 9:32 pm