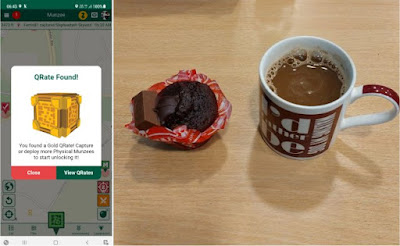 I woke in the small hours to find that Pogo was laying across the bed at right angles to me, and consequently taking up far too much space. I tried shoving him, but he is quite the lump to shove. Especially when he has made himself comfortable and doesn't want to shift. I gave up shoving and made the most of the small amount of bed that I had.

Over toast I watched the last episode of "The Chair". Having started watching it I felt I had to see the thing through. I won't bother with the second season though (if there is one). It had been billed as a comedy-drama. There was precious little comedy and not much drama. It was more of a vehicle through which the writer could push their personal political agenda. Had I known it was one of those programs which is constantly shouting on about minority rights I wouldn't have bothered with it. Don't get me wrong - I'm all for equal rights for everyone but I'm not personally responsible for the state of the world and get a tad tired of the looney leftie scriptwriters who try to make me feel guilty about stuff which is not my fault.

Perhaps if the leading character was more human and less akin to a plank of wood I might have warmed to the show more.

I set off to work a few minutes early and stopped off in Godinton where I capped a few Munzees in the desperate hope of getting a qrate (as some people do). I got two which was something of a result, then I set off up the motorway listening to the pundits on the radio who were interviewing a raspberry farmer who had lost all his workforce. Rather than letting his crop rot, this chap has offered the raspberries free to anyone who can be bothered to go and pick them. Why was he giving them away? Because he can't get anyone to pick them for him. In the past there were no end of immigrant Eastern European workers who were happy to work for peanuts to harvest his crops, but now that "we have taken back control", in this post-Brexit world the ex-workers know where they are not welcome and have all gone home.  It was claimed that fruit picking is something of a skilled job - the average person can't pick more than ten punnets of raspberries an hour, and selling them picked at that rate brings in less money than it costs to pay someone (and that's paying at minimum wage!)

The farmer said he's advertised for more workers but got no applicants. Not one. He said he'd contacted his MP and was told that he should never have been dependent on an underpaid immigrant workforce in the first place.

The obvious answer is to run a "pick your own" scheme and not be dependent on paying your workers such a pittance... but what do I know?

I went to get petrol before work. I've had a few little episodes there recently with one of the card readers at the tills not working. When I came to pay this morning I was called up to the card reader that doesn't work, and again it didn't work. I suggested we try the other card reader and all was fine there. I remarked to the woman behind the till that this is a regular occurrence, that her colleagues have told me before that the card reader doesn't work, and we all had a good laugh.

As I walked out I saw the supervisor come running over hissing about not telling the customers that the card reader doesn't work. Had I got them into trouble? Should I have said something?

Not my circus... not my monkeys.

Work was work. It was rather good today; we had cake. And with work done and cake scoffed I came home and set up the event shelter in the garden. “My Boy TM” and Cheryl (and Ro-Ro) came round for a rather good al-fresco bit of dinner. Rather good – but rather cold. Perhaps we won’t be doing that again this year…