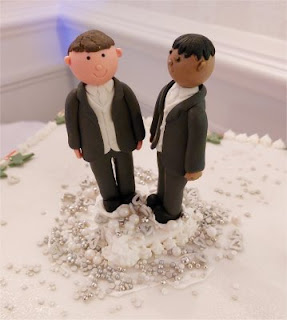 I woke to the sound of the dogs crashing off of the bed as they chased after “er indoors TM” who had gone to the loo. When I get up in the night they just move into the warm space that I’ve left; when she gets up they are heartbroken.

I got up, and as they all went back to bed I made some toast, watched an episode of “Drifters” and had my usual peer into the internet wondering if I’d missed much overnight. I had a message via geocaching dot come about a Wherigo game I’d set a couple of years ago. “Hiya a great quirky series, exasperated one moment, laughing the next, great fun, thank you for putting it on.👍🏻😀”. Exactly what I’d hoped for when I set the series. I hadn’t missed much else though. Glossing over a sea of twee memes I got ready for work.

The motorway was far quieter than it had been yesterday. As I drove the pundits on the radio were talking about how President Biden has had enough with the anti-vax brigade in America and is now talking about compulsory COVID vaccinations and testings. The chap has a point, but he is up against stiff resistance. It is the fundamental right of all Americans to be free... and unfortunately that includes being free to make frankly stupid life choices.

And our old friend science has issued a tsunami warning for Scotland. When the ice sheets in Greenland fall into the Atlantic they look set to make quite a splash.

I got to work and did my bit. Today wasn't a bad day really. We had cake, and a day when we have cake is always one of the better ones. As I scoffed cake so I reached the end of my current e-book. A couple of weeks ago I downloaded and read "Ender's Game" which was frankly excellent. I downloaded the sequel which I finished today. It was one of those books which I read purely because I felt that it might eventually perk up. It never did; frankly it was crap. Sequels of books rarely live up to their promise, and this one certainly didn't, which was a shame. I've now downloaded "The Forever War" to read yet again. Much as it is a good read, I find more and more I'm re-reading books that I know are good stories rather than wasting my time on books which turn out to be tripe. If any of my loyal readers can recommend a good book, I'm all ears.

The plan for today had been to go to a wedding, but I couldn’t get the time off work. So with work done I hurried home, we settled the dogs and drove down to Hythe for the evening party. Friends and family had gathered to celebrate Glen and Matt’s wedding and we had a rather good time. Though it was probably as well that we’d only been able to get along for the evening. With a malibu and coke going for nine quid it could have been a rather pricey day.

And the hotel’s band made me think. Fronted by someone I can only describe as “Adam Ant’s Granddad”, why do all the live bands I ever see play music originally performed by people about thirty years older than themselves?

And in closing, today is something of an anniversary. It marks fifteen years of my writing a diary.