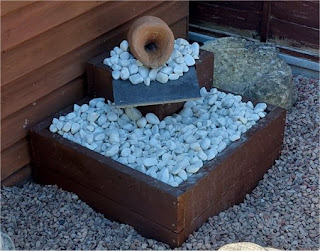 Usually having done a night shift makes for a good night’s sleep, but I was up for the loo at two o’clock, and was taking Sid out at five o’clock.

I finally got up shortly after eight o’clock, did another COVID test (my fiftieth negative one) and then peered into the Internet. Regular readers of this drivel may recall my message from the Facebook Feds yesterday who had found nothing wrong with my having been given invites to mucky Snapchat groups. I contested their decision yesterday, and this morning they told me they had reviewed their decision and that I was right. Inviting random strangers to “do the dirty deed” *is* morally lax. I’ve found that the Facebook Feds generally ignore the first complaints, but actually do act on the second one.

I was about to take Pogo and Treacle out, but little Sid was watching me intently. He really was asking for a walk, so I took him first. We don’t go very far, and we certainly don’t go very fast, but he does love his little bimble up to Dan-Dan’s and back.

Once back I then did a dog-swap and took Pogo and Treacle out. Singing along to one of my Ivor Biggun CDs I drove the dogs out to Godinton where a geocache of mine had gone missing. I replaced it, and we had a little wander. As we walked so Pogo started barking at a dog coming toward us. Seeing that this dog was the size of a large cart-horse I put both dogs on their leads and made them sit as the dog walked past. Unfortunately this dog was being supervised by a half-wit who made a point of bringing his dog nose-to-nose with Pogo, and who acted surprised when Pogo reacted. As I explained to the half-wit, I don’t doubt his dog is fine, However Treacle can be nervous at the best of times, and seeing how large his dog was, my two were terrified. This really did come as a revelation to the half-wit (bless him) who was so confident about how well-behaved his dog was that he had never considered how other dogs might feel.

We came home, and I then got on with a little project I’ve been planning for a month or so. During the first May Bank Holiday I took apart the water feature that had been in an old whisky barrel. The whisky barrel was on the poggered side and needed replacing. Last week I bought all the ingredients for the barrel’s replacement, and today I put them all together.

I started off by sawing two planks into eight shorter planks and screwed them all together. I then cut the chicken wire and metal grille into shape (to support the stones), then sawed another plank into four small planks (for the top deck), then put that lot all together. Pausing only briefly for the blood flow to stop (saws are dangerous things!) I then got out “My Boy TM”’s tile cutter. It didn’t so much “cut”  the tile (for the waterfall) as “snap” it, but I managed to hide the dodgy edge. A quick coat of paint, then I scraped the shingle out of the way, got it all into place, washed the stones, put it all together and I was quite pleased with the result.

I took a few photos as I worked. It only took me about six hours. I suspect that I could have done it far quicker if I knew what I was doing, but I had fun doing it. And I’ve (sort of) got the unique water feature that I wanted rather than some generic thing that everyone else has bought from the garden centre.

I can remember being at secondary school when my mates at the secondary modern school were taught carpentry and all sorts of other useful stuff. I wasn’t. I was taught Latin. At the time I asked our form master why we didn’t learn carpentry and handycrafts and other useful stuff… he said that as a grammar school alumnus I wouldn’t be expected to get my hands dirty; the expectation was that  I would pay people to do that sort of thing for me. That never came off, did it? But if you’ve got a dead Roman with whom you’d like a conversation, I’m your man.

Once this pandemic is but a memory I’d like to do some adult education classes in carpentry. I enjoy doing it but I can’t help but think that I might be so much better at it if I didn’t just make it up as I went along.

And talking of adult education, er indoors TM” boiled up a rather good bit of dinner, and having given me orders to keep my trap shut she tuned into an adult education Zoom class. She’s being taught how to make floral wreaths by some woman with a rather irritating squawky voice. Matters aren’t helped by er indoors TM” having obtained rather short sticks (which are supposedly a fundamental part of the wreath). I’d take the line that size is no guarantee of quality, and I’d be more concerned that Treacle has chewed (and still is chewing) pretty much every plant-related thing that is supposed to be going into the floral wreaths. But having been given orders to keep my trap shut, I’m not saying a word…