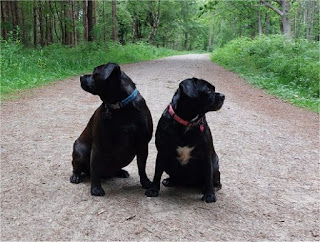 Yesterday evening my lap-top told me it wanted to update its LiveSafe Vulnerability Scanner. I told it that if that is what floats its boat then it should pursue its dreams. When I went to bed it had got half-way to updating itself. However when I got up this morning it had got no further at all. I told it that it had had its chance and blown it nd stopped the attempt at updating. It can try again later.

As I peered into the Internet this morning I rolled my eyes at the “Ashford Kent Read All About It” Facebook page. It is a strange place in cyber-space in which residents of Ashford band together to say how bad the place is despite hardly any of them having visited (let alone lived) anywhere else. Someone was griping on about how unpleasant a view you get when coming out of the train station. I always thought it looked fine; certainly better then the view on leaving Folkestone or Hastings stations? And someone else was whining that their daughter had been mocked by a gaggle of children in the park. Doesn’t that entirely sum up today’s society. If someone rips the piss you go tell your mum who whinges on Facebook. When I was a lad if other kids picked on me in the park I’d slap them in the chops, and they didn’t pick on me again.

I was also presented with an advert for a course which would supposedly teach me to speak Welsh In a week. I live in Kent – what relevance is this to me? I went to Wales a few years back. On a week’s holiday I only once heard Welsh being spoken. Some old chap said something or other to which a small girl immediately replied “Please don’t talk in Welsh Granddad, no one understands it.”

I got Pogo and Treacle onto their leads and we went out. As I drove there was an interesting discussion on the radio. Some bloke who was once a woman (or was it the other way round?) was furious that someone else had declared that the whole “trans thing” offended their sensibilities. This someone had been sacked two years ago for claiming that people cannot change biological sex and was going to an industrial tribunal this morning to contest the sacking. The tribunal eventually ruled that the dismissal had been wrong. It took pains to say that the ruling had no bearing on trans rights at all, but both sides are claiming it as both a victory and a defeat.

I don’t really understand the whole “trans thing” but I do feel it is being forced onto me (via the morning radio) quite a bit at the moment. However I will make the observation that the trans community don’t seem to realise that it is human nature to want to fit in to a crowd (hence the appeal of being a football fan), and it is human nature to be wary of anyone who is different in any way. I’m not saying that it is right or wrong, but it is what people do.

Take myself for example – when (a few months ago) I was suddenly presented with a very attractive young lady who only a few short months ago was a rather spotty young lad. At the time my brain actually froze and I was (quite literally) speechless. If that was wrong of me, then I can only apologise.

We got to Hemsted Forest and had a good walk. Some time ago one of my geocaches out there had been chewed by a mouse. I replaced it today, and took a rather circuitous walk back to the car park

Once home I then spent three hours tidying the shed. I say “tidying”; I pulled all the stuff out of the shed, earmarked some of it for a tip run, and then put the rest back in again. I suppose the shed is tidier in that I can actually get into it now.

I then spent ten minutes repairing the wooden boxes that lurk outside the back door – over t he last few years the bottoms had got rather soggy and needed replacing.

er indoors TM” boiled up a very good bit of dinner which we scoffed with a half-way decent bottle of red wine whilst watching “Bake Off – The Professionals” and “The Great British Sewing Bee”. I was once a professional chef (in 1981!) and I’m not too shabby with a needle and thread. Not quite telly standard at either, but enough that I can pontificate knowledgeably at the prowess of people far better than me (in both shows).

And in closing today I’m having something of a sulk. The original plan for today had been to fly out to Gran Canaria for a family holiday. This was in lieu of last year’s family holiday which got cancelled, and this year’s holiday has also been cancelled. Hopefully all should be good for next year’s holiday… Will it? Time will tell – it always does.