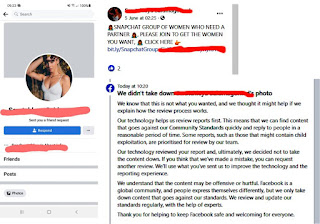 A little while ago I stashed some cheese & onion crisps in my locker at work in case I got hungry at any stage. Last night at three o’clock I was a tad peckish so I scoffed them. They tasted awful, and as I threw the bag away I saw that they were billed as “best before November 2020”. I’ve had a stomach ache that has lasted all day…

Last night’s night shift reminded me of exactly what time of year it is. In years gone by we would take cubs camping in late May, and would go camping in early June. Scorching hot days; bitterly cold nights.

As I got into my car the pundits on the radio were having a rather impressive argument. It would seem that all sorts of respected organisations (including University College London, Channel 4, the Equality Commission, the university of Winchester to name four) are leaving Stonewall’s Diversity Champions program. Are they? So it was claimed. Why? I have absolutely no idea. I *think* it was something to so with trans rights (?)

There was some chap called Ben Cohen being interviewed about the matter. I don’t know who he is, but he was having something of a rant. He utterly failed to justify whatever position he was trying to take (I have no idea what he was trying to say) as he rather rudely told the interviewer that white middle-aged men (like him and me!) have to respect the position of minorities, and implied that somehow we are fundamentally unable to do so because we don’t claim to be part of any minority. I don’t pretend to understand anything about the whole “trans” thing. Perhaps I’m showing my age. But given the chance to educate me, yet again I was just aggressively told “you don’t understand!!”

I turned off the radio and sang along to rude songs from my Ivor Biggun CDs for the rest of my journey home.

Once home I went to bed. Pogo came up and slept with me. More and more since Fudge has gone, Pogo is seeming to be becoming “my dog”.

After four hours it was too hot to sleep. I got up and tuned into Facebook where the Facebook Feds had sent me a message. Regular readers of this drivel may recall that on Saturday I got an invite to a live-action Snapchat nudey prod fest extravaganza. Despite my having reported it, the advert for wanton pornography is still active on Facebook, and the Facebook Feds had sent me a message telling me that that they “only take down content that goes against our standards. We review and update our standards regularly, with the help of experts”.

Clearly their experts are morally lax…

I spent the afternoon doing ironing and watching episodes of “Four In A Bed”, then walked Pogo and Treacle round the co-op field. Ideally I would have liked to have done a bit more of a walk, but it was far too hot.

This ongoing heatwave doesn’t bode well for a few days off work…
Posted by Manky Badger at 9:57 pm