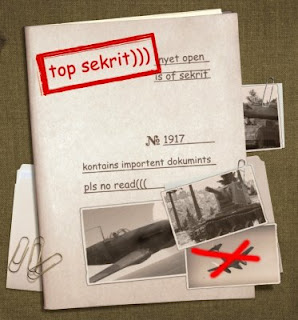 Lacking any suggestions for anything worth watching, I started watching "Fresh Meat" (on Netflix) as I scoffed toast this morning. It wasn't a bad show... it wasn't good. It kept me occupied early in the morning.
Being on an early shift I skipped my morning trawl of the internet and set off to work.

The deputy leader of the Labour party Angela Lansbury was being interviewed on the radio as I drove. Making the most of the opportunity to stick the knife into disgraced ex-health secretary Matt Hancock she was now trying to dig the dirt on Gina Coladangelo (her who Matt Hancock has been allegedly porking recently). Ms Lansbury didn't do herself any justice on the radio though. I've mentioned before that (as a life-long leftie) the Labour party is a disappointment at best, and in reality is something of a joke. Rather than coming over with authority and conviction, Ms Lansbury came over as “Karen from Facebook” and would have done far better to have taken care to pronounce her words better (if not properly) and shrieked a little less.

There was also an interview with someone who was once something big in security circles who was intrigued by the photos of Mr Hancock's grabbing of Ms Coladangelo's arse that have been all over the media recently. Bearing in mind that once upon a time top ministers’ offices were routinely searched for bugging equipment, she wondered how a closed-circuit TV camera had gone unnoticed in Mr Hancock's office (let alone how  the tabloids had access to it).

I got petrol, and went in to the early shift. Work was work. I did my bit, I did e-learning and digital morphological QA (as one does).  In years gone by the mere mention of the word "work" in a blog was sufficient for a manager to issue me with a formal written warning (for bringing the place into disrepute) but things are different now. So different  that said manager has even sent me a friend request on Facebook.

With work done I drove up to Beckenham to visit Terry and Irene. We’ve not met up for a couple of years. It was really good to catch up (if not under the best of circumstances). We shall meet up again soon – Beckenham isn’t far from work – and it is a straightforward drive too.

er indoors TM” boiled up a rather good bit of dinner which we watched whilst watching “The Great British Sewing Bee”. I used to be a dab hand with a needle back in the day.

Treacle is currently walking round the living room with a chew treat, crying inconsolably as she is trying to find somewhere to hide it. I can’t work out why she is so distraught.
Posted by Manky Badger at 9:53 pm