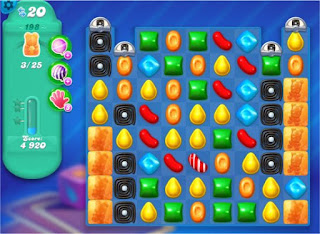 Finding myself wide awake far earlier than I needed to be I kicked er indoors TM” out of bed and we drove the dogs down to Orlestone Woods. As we drove the pundits on the radio were talking about the birth of Prince Harry’s daughter Lilibet. A very interesting choice of name from someone who supposedly doesn’t want to be a Royal any more. It is amazing how far that Prince Harry has fallen. From “national hero” to “bit of a twit” in such a short time. I blame his new wife who clearly knows all about how she thinks celebrities should behave, but knows nothing at all about being Royal.

It was then announced “over to (whoever) with the sport” and it was only as I parked the car that I realised I’d stopped listening to the radio some time ago.

We had a good walk round the woods. The mud that was there last week had dried out. The stinging nettles were five feet high, but they weren’t bothering us. We walked our usual circuit and (apart from the obligatory odd loner in the car park) we only saw one other person. We exchanged pleasantries with the little old lady with the Jack Russel and the poodle. I would say it was a good walk, but having wallowed in a stagnant swamp, Treacle then mired herself in fox poo.

We came home where it didn’t take *that* long to wash her off.

Usually on a morning before the night shift I would fiddle about in the garden mowing the lawn and pulling weeds and generally pootling, but I did most of that yesterday. Instead I went straight to writing up the CPD. Dull, but a necessary evil.

I then spent a little while looking at the geo map planning possible future walks and playing Candy Crush Saga, and with er indoors TM” going off for her second COVID jab I went to bed for the afternoon.

er indoors TM” is currently cooking pie and chips, then I am off to the night shift. I don’t mind night shifts (he said!) but I do feel I waste a day sitting round waiting to go to work…