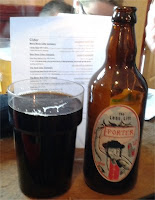 I do not play poker in the traditional sense. I don't think many professional poker players have a victory dance for when they win a hand. Neither do they have trouble finding space for the cards on the table because of all the food that is in the way. There is no denying that I don't so much "play cards" as "have a feast whilst hoping for a flush". I don't think the Jaffa Cakes sat well with the lime & chocolate sweeties. The marshmallows together with the kettle crisps was (in retrospect) not a good idea. And heaven only knows what I was thinking of by washing the whole lot down with wasabi flavoured peanuts. Consequently my innards were something of a disaster zone this morning.

Talking of disaster zones I spent half an hour attacking the kitchen this morning. "Daddies Little Angel TM" made a wonderful bowl of stew last night. She also made quite a bit of carnage whilst she was at it. When we went out last night we left some of the stew in the pan for "er indoors TM" who then burned the stew into the pan. So I had my work cut out for me this morning - once I could actually see what I was doing. The starter on the kitchen light had gone west.

Following the revelation that "My Boy TM" has started tweeting I dusted off my Twitter account. I can't say I'm at all impressed with Twitter, but I can see what he's up to.
And then we got on with the business of the day. The Bat called, and we made our way to the station where we met up with Steve. We then got a group saver to Folkestone (costing £3.50 each!), and having found the Rear Admiral, we made our way to somewhere where we could have a fry-up.

Once fed we fancied a pint before going on to the main business of the day. With the Pullman not yet open we had a pint in the British Lion. A pint of ale and a pint of raspberry cider. And then a pint in the Guildhall over a game of pool.
Suitably refreshed we braved the monsoon and made our way down to the Leas lift for the beer festival. It would have been nice to have been able to have sat outside and to have had some space. But that wasn't going to happen, so we huddled in with the normal people. There was a dodgy five minutes when the antique door of the building fell off, and the owners weren't happy when I pressed a bell labelled "Do Not Press" (what did they expect?) The beer was good, and we posed for photos; our own and those of various official photographers, before deciding that we'd had an elegant sufficiency. Burp!
We did make notes of the ales as we went, but once home the notes didn't seem to make much sense; comments such as "Oh hello my little love puppy" and "Oh my!" probably made a lot of sense at the time. Still, if you know where to look there are photos of the event on-line.

And so on to the Chambers bar for a crafty half before finding a kebab on the way to the station for the train home. With er indoors TM" off on a mission for the evening I dozed in front of the telly for the evening. I've not done a beer festival for some time. I quite miss them...