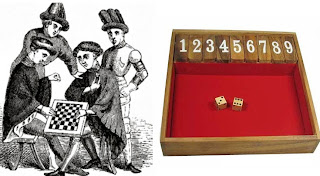 The car was covered in ice this morning. I naively hoped we’d seen the last of this with the last of the snow three weeks ago. But it was quite nippy this morning, and I was still shivering when I got to Tesco.

Would you believe it – Tesco now have an entire aisle dedicated to Easter stuff. It’s still January! And again as I bought my lunch this morning, it was made perfectly clear by the staff that I was in their way, and wasn’t welcome. If only there was somewhere else on the way to work I’d get my lunch there. I might just write a letter of complaint to the manager. After all I haven’t written a letter for two weeks, and I’m missing doing so.

To Facebook where I got a message from a friend – “Has your facebook been running slow lately? Errors when trying to post stuff? Click applications, then edit applications....... select 'added to profile' from the drop-down. If you see one in there called "unnamed app" delete it... Its an internal spybot. “ Sure enough, I had an "unnamed app". I haven’t any more. Perhaps the thing might work now?

And then to the arky-ologee club. Tonight was a meeting with a difference. Four short talks. The first was Lesley’s photos of places she’d dug holes. Then had some dull photos of Lenham Craft Fair from thirty years ago. I’m told the third talk was on Roman roads. I slept through it. A dull talk would be riveting in comparison.

Lastly was a talk worth listening to – board games through the ages. Did you know that the game of draughts is at least three thousand years old? And now to eBay to see if I can find “Shut the Box”…