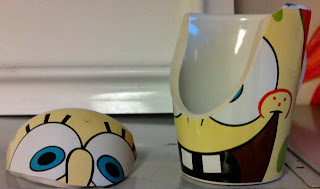 Another late shift. As I’ve mentioned before, I seem not to get the insomnia when I’m doing lates. Which is a good thing – I’ve had four decent nights’ sleep.

I’d been told that the girls were leaving early this morning because the most recent fruit of my loin had to be on a coach at 8am. So I slept in and I went downstairs at 8.05am to find both girls still there. They disappeared whilst I was in the bathroom, and I see from Facebook that the coach was caught. Thank heavens for small mercies.

I got an email from the astro club. Last weekend they (we) sent a delegation to the Southern Area Group of Astronomical Societies’ meeting. It would seem that whilst still relatively young, our club is one of the biggest and most successful astronomy clubs in the south of . Our chosen ambassadors gave a ten minute presentation on what we do every month at our club meetings in Woodchurch and we would seem to have made quite an impression in the astronomical world. Neighbouring astronomy societies have looked at what we’ve done and have wondered if they might borrow some of our speakers. Specifically me (!) - I’ve been asked to present my talk on the ice giant planets to a group in Wadhurst in April.

I’ve agreed to do this – after all, speakers are the life blood of any society of this sort. But I must admit I’m a tad nervous about it. Which is very unlike me. Public speaking never bothers me. I suppose the thing is that whilst I’m no longer on the committee of our astro club, I’ve been there from the start, everyone there knows me, and knows what I’m like. And so even if they are not amused, they tolerate me shouting “Your Anus!!” when discussing the seventh planet from the sun. I wonder how this might go down with another group. I wonder if they have “normal people” at their club in Wadhurst. I hope not.

I then phoned Sky about setting up the Sky HD & the multi-room set up. Whilst the girl (Samantha) on the other end of the phone was pleasant enough, it was painfully obvious she had been programmed to work from a script. My plan to scrounge up a second hand Sky Plus box from mates and bodge them into one of the kids’ bedrooms confused her. So much so that when she tried to work out the best deal, the line went dead.

I phoned back and this time spoke with “Donald” who seemed to understand my plan. He says that they will only plumb in boxes they provide. The new HD box would be £49. Fair enough. But a second Sky Plus box from them would be two hundred quid. Stuff that!! “Daddies Little Angel TM ” says she can live without a Sky Plus box in her bedroom (there’s no room for it anyway!), so the mission now is to get all the stuff on the Sky Plus box watched before we relocate that box in the attic room.

It has been said that I am a creature of habit. And never more so then when having a cuppa. I’m rather fussy about the mugs from which I’ll drink my tea and coffee. Which is odd, considering I’ll drink beer from any receptacle. But tea and coffee is different. At home it has to be out of my Dalek mug. Whilst camping, my Starbucks mug. And at work, it’s the SpongeBob one. Disaster!! Today I dropped my SpongeBob mug.