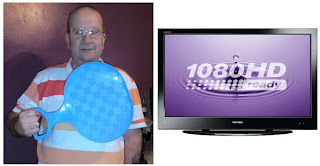 To the post office to collect a parcel. Again I nearly crashed on the way down . What is it with that road? There was a big sign saying that people collecting parcels cannot park in the Post Office staff car park any more. The customers of Kent Wool Growers had parked all over the place, utterly ignoring the markings for parking bays, making parking in there impossible. I took a gamble that there would be no traffic wardens about, and pulled up outside the collection office on the yellow lines.

The chap behind the counter wanted to see identification before he would give me my parcel. I showed him my passport. He studied it intently, but never once looked at me. I wonder how that served to prove my bona fido? Bearing in mind the total lack of any parking in the area, I asked him where we were supposed to park. He described the location of three public car parks, all within twenty minutes walk. That was helpful of him.

Still, I’ve got my sledge. All I need now is more snow. Or then again, perhaps not. I’ll quite happily wait until next winter.

Yesterday I mentioned that I went looking at DVD players. I had another look again today. Currys again totally ignored me. Which turned out to be their loss. So we went back to Comet. Multi-region DVDs don’t seem to be their thing, but they were doing a deal on their tellys. A rather fit sales bird spouted drivel about plasma LEDs and hertzes and refresh rates. I looked on in bewilderment as she demonstrated the difference between auto focus and hands free, blu-ray and HD, cheese & onion and salt & vinegar. They all looked the same to me. There was absolutely no difference whatsoever between the Sony Megapixel or the Satsuma Castanet that I could see. They all looked good.

I had saved up some money to put some iron railings in the front garden. But I don’t want them really. It will be much easier to load and unload the car for camping trips without a fence in the way. So I squandered the money I’d put aside on a new telly. It’s got… well, I could copy what it says in the manual, but were I to do so, then people might start talking technical at me. Let’s just say that it’s forty inches across and the numbers 1080 appear in the specifications which I am told is a good thing.

Plumbing the thing in was quite a laugh. Being somewhat taller than the old telly we needed to move the Sky Plus box and the existing DVD players all up a shelf. And then the new telly flatly refused to find the signal from any of the peripheral devices (technical term!!). And just as I was swearing *really* badly, SpongeBob appeared on the screen, and all was fine.

Now to fight the children to be allowed to watch the thing.

However the original problem remains – we don’t have a multi-region DVD that works easily. Having misplaced the handset for the DVD player that can do region one DVDs (woops!). I think we’ll carry on pressing the “skip” button until I’m on holiday in a few weeks time, then I’ll go to Tottenham Court Road.