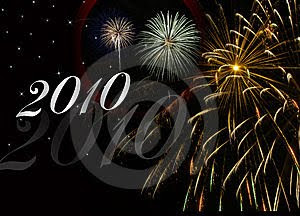 As we stampede into a new year (as though we have any choice in the matter), it is traditional to stop and reflect on what’s happened before speculating on the future. And, as anyone who knows me will realise that my life is one for traditions, that’s what I’m going to do.

So, what momentous things have happened to me this year?

And I’ve done so much this year. Looking back through my blog, I’ve found outings, trips and events that I’d completely forgotten about. That’s one of the reasons I blog with monotonous regularity – if I didn’t, I’d not remember whole swathes of my life. For example, I went to the London Dungeon for my birthday. I didn’t remember that one until I re-read the entry for last February.

For some time I’ve been threatening to publish my personal list of “Top Ten” events of the year. And in doing so, I think I’ve surprised myself:

Bubbling under the top ten were trips to Port Lympne, beer festival, ice creams in , Xmas parties, trips to various castles in the snow, various pub crawls, and days spent hard at work on a farm. This list is something I’ve been working on pretty much all year. Perhaps I’ve cheated by grouping all the cycling trips into one for entry #4.

Interestingly four of the top events didn’t feature excessive amounts of beer. I’m afraid none of the camping weekends made it into the list. Much as I enjoy them, this year’s were all marred in one way or another. Didgeridoos and bike thefts at Teston, and continual heavy rain at put a damper on the kite festivals. And there’s a lot of work involved setting up and taking down camp too.

Similarly, drunken nephews kept the summer house party from the top ten, and a lack of protagonists kept another favourite (Rye bonfire parade) out.

I must admit that for all that my year does feature many events that occur every year, I’ve amazed myself to find that only three of them have made my top ten for the last year.

Having said that, the various kite and beer festivals have already been provisionally pencilled into the diary for 2010. And so have quite a few other events too. If any of my loyal readers have any suggestions for days out for the next few months, please let me know.