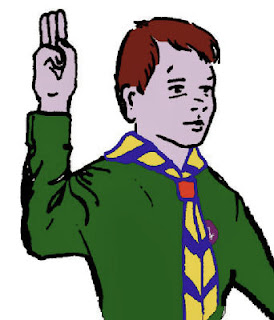 The year’s diary dates for the astro club were published last night, so this prompted me to have a look at the Kite Calendar. I’ve updated my diary dates accordingly. I see the local branch of CAMRA has also put up the dates of local beer festivals, but I had most of those already. There is a beer festival in Wittersham on Sunday 21 February (there’s something familiar about that date?). A shame Wittersham isn’t the easiest of places to get to, and I had rather planned to go on a pub crawl on Monday 22 February. I’ll see which of “the usual suspects” are available on which of those two dates and make a decision later.

It still seems odd not going to cubs on a Tuesday. For the thirteen years from late 1995 to September 2008, every Tuesday would have seen me at the scout hut. It’s now over a year since I packed up with the cubs, and yesterday I had a chat with the leader at my old pack. I’m glad I jacked it all in when I did. The place has had one or two problems recently. The scout leader has gone, leaving the same few people doing everything, and the place nearly closed toward the end of last year. Because of one nasty little child.

I can distinctly remember “Dennis”. I can remember looking at his surly expression and recognising trouble. Last year he had been deliberately awkward for several months, and after one evening when he had physically assaulted half the children in the cub pack, the leaders decided that they had put up with him for long enough. And they told this nasty brat’s parents that the child would be excluded from all cub activities for a month. “Dennis”’s parents weren’t happy, and formally complained through official channels.

Head Office instigated a formal investigation which found there were faults on all sides (apparently). Whilst his victims had suffered rather nasty assaults, “Dennis” had suffered the threat of missing a month’s scouting activities.

And what no one had realised was that those children who had been bitten, kicked and generally attacked had suffered nothing when compared to the threat of being banned from cubs for a month for being a naughty boy. Furthermore, (somehow) those children who had been assaulted were in some way responsible for the little darling’s potential exclusion.

The suggestion of the appointed investigator was one which was intended to be fair to all parties. He suggested the cub pack be shut down, and after a while re-opened to all who wanted to join. Including “Dennis” and his victims.

“Dennis”’s parents were horrified at this suggestion and immediately withdrew their complaint. Not out of any sense of common decency, but because there was a pack holiday coming up, and the reason they didn’t want the place closed was because they wanted to send their uncontrollable brat on a very cheap weekend away. Suddenly these people realised just what cheap babysitting they were getting from the unpaid volunteers.

He stayed excluded for that month, but he’s back there now, as disagreeable as ever. But the saddest part of the whole sorry tale is that those people who run scouting on a national basis wonder why people like me don’t want to volunteer to help any more...