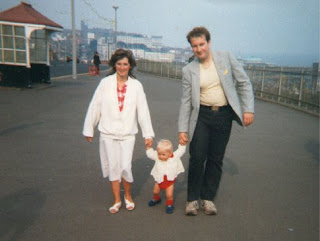 Last night saw the launch of the second series of “Survivors”. Regular readers may recall I’ve mentioned this program in the past. I loved the original series made thirty years ago, but wasn’t overly impressed with the first season of the modern remake. Last February I blogged “I hear there’s a second season being made – I shall see what that pans out like before I dismiss it out of hand”. Well, I’ve seen the first episode of the second season, and I honestly think I’m ready to dismiss it out of hand. I won’t give the plot away (yet) in case any of any of my loyal readers are yet to see the episode. I suppose I will watch the next one, but after last night’s drivel, I won’t be too concerned if I miss it.

Our DVD players are playing up. The one which records stuff off of the Sky Plus box would seem to have a stuffed up menu screen, and the one which is multi-region only opens up occasionally. I was planning to have had a look in Comet and Curry’s tonight after work, if we hadn’t been snow-bound. Normally the staff in there look at me as though I’m something the cat dragged in, but if I go in my work clothes (shirt & tie) they generally can’t kiss my butt quick enough. Whilst I can get a cheapo bog-standard DVD cheaply enough, I’m after something that records, does multi regions… I wonder if a trip to Tottenham Court Road might be a good idea.

And then something to power the thing with. As we freeze in a climate totally stuffed by over-use of fossil fuels, salvation is at hand. The problems of nuclear fusion have been solved. Within ten years we’ll have cheap clean energy. Let’s hope so.

Whilst I’m on the subject of scientific breakthroughs, science has announced that having a fat ass is good for you. One lives and learns.

“Daddies Little Angel TM ” ‘s clay head exploded today. The kiln was to blame, but we are reliably informed that it wasn’t personal. Fragments have been salvaged, and a repair operation is underway. I wonder what the National Gallery do when this happens.

Today’s photo is one that has recently appeared on Facebook. I have no idea where the photo was taken. I originally thought , but the background doesn’t look quite right. The more I stare at it, the more I can see a passenger ferry behind me. So it might be Folkestone. As to when – I’m guessing 1988.

The first fruit of my loin was much more manageable in those days.